Plus, hear Dollanganger's entrancing new single "You're So Cool" 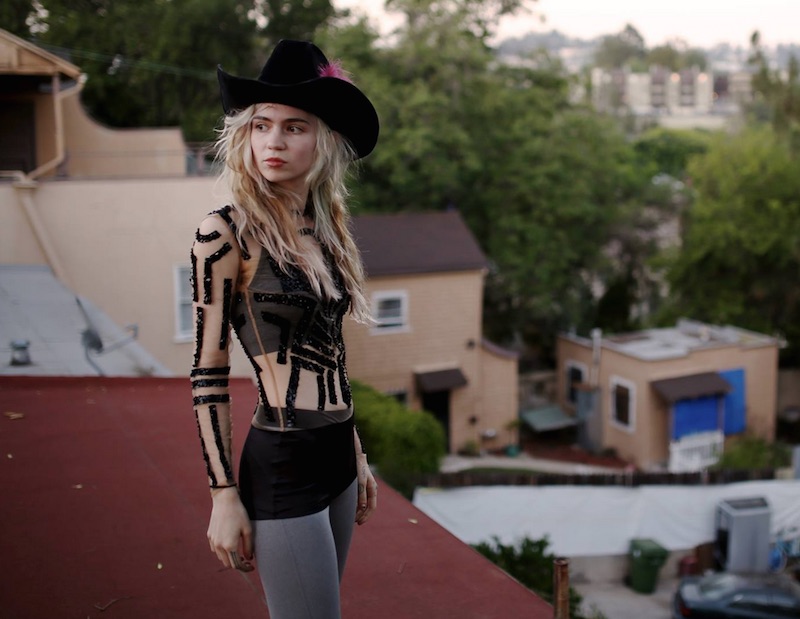 Last month, Claire Boucher, aka Grimes, divulged some juicy details on her much-anticipated follow-up to 2012’s Visions. That’s not the only project she has in the works, however. Today, she’s announced the launching of her artist co-operative Eerie Organization, as well as revealed her very first signing, a Canadian musician named Nicole Dollanganger.

As a preview of what’s to come from the Eerie collective, Grimes has shared Dollanganger’s new single “You’re So Cool”, taken from her forthcoming Natural Born Losers LP. “It blew up my brain so hard that I literally started Eerie to fucking put it out because it’s a crime against humanity for this music not to be heard,” Grimes said of Dollanganger’s work.

Our own Editor-in-Chief described the entrancing track as like “Julee Cruise/Grimes meets Explosions in the Sky,” and his assessment couldn’t be more accurate. Listen in below.

For more on the Eerie Collective, check out a press release below.

“Eerie Organization is an artist co-operative founded by Grimes that exists to help artists accomplish more than they would be able to on their own, without sacrificing any of their independence in the process. Although Eerie Organization will release music, it’s not a staffed record label and will not be accepting submissions. Eerie will be releasing Grimes’ upcoming album in Canada only. Future Eerie projects could take many forms, reflecting Grimes’ own mercurial, multidisciplinary approach to creativity.”