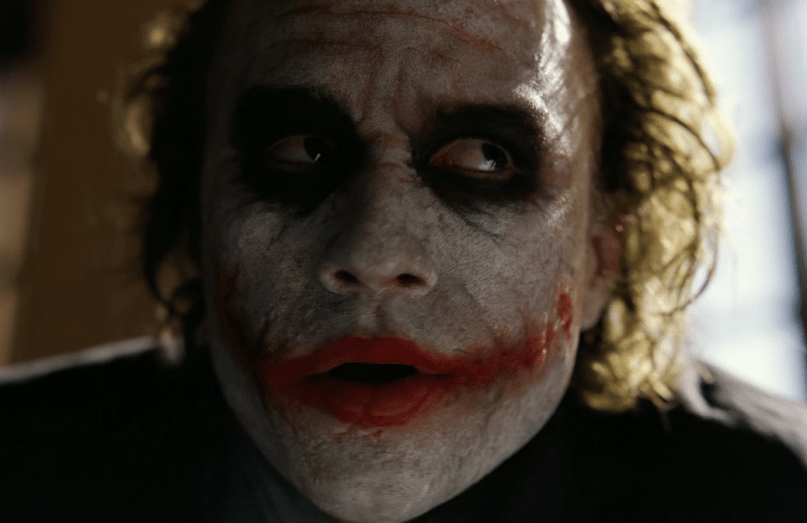 Without Heath Ledger, it’s doubtful that Christopher Nolan’s blockbuster sequel The Dark Knight would still be considered the greatest comic book film of all time. The late actor, who tragically died from accidental acute intoxication months before the film’s July 2008 release, would go on to terrify millions of audiences worldwide with his frightening and eventually Oscar-winning performance as Batman’s nefarious foe, The Joker. To his credit, Ledger dissolved himself into the role as he ran across the streets of Chicago, Illinois, hidden behind worn-out, caked-in makeup and a wicked overcoat — so much so that a few names have even inferred such devotion led to his unfortunate demise.

Now, a German documentary titled Heath Ledger: Too Young To Die sheds light on the actor’s life and methods, which includes his stunning work on The Dark Knight. In one related clip, his father, Kim, flips through a creepy Joker journal that Heath kept while filming. “So, this is the diary — he pretty well locked himself up in a hotel room for a month or so to galvanize the upcoming character in his own mind,” his father explains. “That was typical of Heath on any movie, he would certainly immerse himself in the character and I think this was just a whole new level.” Each page features a scrapbook of cryptic writings and various torn-out photos, from old clowns to Stanley Kubrick’s A Clockwork Orange.

Watch below in the film’s accompanying clip.