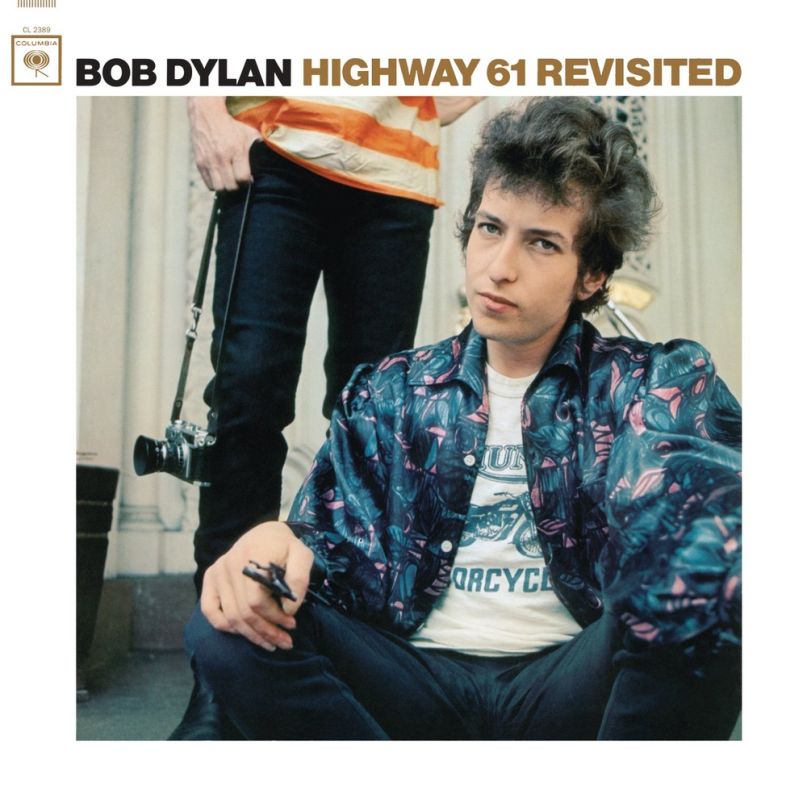 When Harvey Brooks got a call from his longtime friend Al Kooper about sitting in on a studio session in the summer of 1965, he took it. Work was work, and Brooks, who was playing six nights a week in and around New York City, wasn’t inclined to pass on the paycheck. He stopped by Columbia Studios, where behind the console stood a skinny, short, frizzy-haired man he had never met. This was nothing new, he recalled. After all, studio musicians typically walk into sessions without knowing much about what they are walking into.

But even by that loosely defined caveat, this was different. As he entered the studio, he overheard the playback of “Like a Rolling Stone”, the lead track on the classic-in-waiting Highway 61 Revisited. The impact on the young bass player was forceful and immediate. It was all Brooks needed to figure out he was about to step in and be a part of something special.

“It was an intro to those kinds of lyrics that I had never heard before,” Brooks said, referring to the literal, stream of consciousness lyrics that would quickly become a Bob Dylan hallmark. “I felt like, ‘You know what? I’m in the right place. This is a good place to be.’ I knew something was working.”

There’s not much that can be said about Highway 61 Revisited that hasn’t already been said over the last 50 years. The talking points have been exhausted, whether it be Dylan’s supposed spurning of his folk roots in favor of scarcely navigated rock and roll throughways, the record’s surrealist lyrical lean, or the way it seemed to effortlessly wrap its arms around the social upheaval that came to define the ’60s. The same can be said about the individual tracks therein. “Like a Rolling Stone” could quite possibly be the single most psychoanalyzed song in the history of popular music, while others like “Ballad of a Thin Man”, “Desolation Row”, and the record’s title track aren’t very far behind it.

Even today, everything about Highway 61 feels like a riddle, this curious musical vessel overstuffed with great songs and wiser-than-thou pearls of boho wisdom. It’s also the rare record that not only succeeded, but excelled in the face of unprecedented controversy. Just months after being publicly assailed for going electric on Bringing It All Back Home, it seemed like Dylan had made his bed. Instead he dove even further into rock and roll only to come out the other side with the best record of his career. That was saying something in 1965, but it says a whole lot more that Highway 61 still earns the title five decades later.

We know all this though, right? It’s easy to extol the virtues of the record decades after the fact, but Brooks knew none of this in 1965, even if he knew he was stepping into uncharted territory. Dylan assembled a collection of players with all levels of experience for the sessions, which kicked off in June and ran through the beginning of August 1965. Piano players Paul Griffin and Frank Owens and drummers Bobby Gregg and Sam Lay were seasoned studio vets, Brooks recalled, while he, Kooper, and guitarist Mike Bloomfield were only beginning to climb the ladder as session players. Brooks, for one, came into the sessions knowing little at all about Dylan’s music.

Brooks was brought in to replace Russ Savakus, the original bassist for the Highway 61 sessions. After a quick introduction, Brooks and the rest of the band plugged in and got to work. Kooper had recommended Brooks in part because he was a quick study, a trait that proved vital to fit in with Dylan’s highly intuitive songwriting approach. Dylan wasn’t a task master in the studio, Brooks recalled. Less concerned with striving for perfection, the singer honed in on the band’s performance. The songs took shape as the band played. When he heard something he liked, they rolled tape.

“He’s writing by instinct,” Brooks said. “It all came out of his mind. As he was receiving it, he transferred it right into his chords. That’s why the changes aren’t so locked in. It’s kind of the same way old blues singers used to do it. They do things by the phrasing, and Dylan’s a great phraser. That’s really what we were doing subconsciously.

“There’s all different kinds of ways to play,” he said. “You can play on the beat, in front of the beat, behind the beat, playing in the pocket, a little out of the pocket. Highway 61 was the beginning of me thinking about all those kinds of things.”

Harvey Brooks (left) with Dylan and the gang

By August, the majority of the record had been wrapped and recorded, but there was one glaring omission. Bob Johnston, who produced the Highway 61 sessions, needed a guitarist for the record’s last track. He wanted to get Dylan to come to Nashville to record, which the singer refused to do. Not to be deterred, Johnston brought a little bit of Nashville to New York. He called up Charlie McCoy, a young, budding session player he met in Nashville while pitching songs for Elvis Presley films. When he got his break as a producer and moved to New York, Johnston offered McCoy tickets to Broadway if he ever found his way East. McCoy quickly took him up on the offer when he visited town for the World’s Fair. That’s when Johnston made his pitch.

“He said, ‘Oh, and by the way, I’m having a session with Dylan in the studio this afternoon. Why don’t you come by and meet him?’” McCoy recalled. “I went over to Columbia Studios, and Dylan said, ‘I’m getting ready to record a song. Why don’t you play along?'”

The song was “Desolation Row”, which at an almost unprecedented 11 minutes far exceeded the neat and tidy singles McCoy was accustomed to playing on. The offer came with a certain amount of self-induced pressure, McCoy said. He could play, but he was a harmonica player first and foremost, not a guitarist. The song is sparse, leaning on little more than Dylan’s vocals, Savakus on acoustic bass, and McCoy’s guitar, and McCoy only had two takes to knock the song out.

“Back then, it was 2:30, cut the music,” McCoy said. “Two verses, a bridge, a chorus, and you’re done. If there was pressure, it was me putting it on myself. I learned a long, long time ago that the most important session you’ll ever do is the one you’re on right now. The one that’s tomorrow is tomorrow. Don’t worry about it.

“You’re trying to do something interesting without getting into a rut and doing the same old thing, over and over again,” he added. “I haven’t struggled a whole lot in my career. I’ve been pretty fortunate. But I was struggling that day, no doubt about it.”

For all the consternation and worry, the song, and the record as a whole, resonated with a whole generation of fans and bands upon its release on August 30, 1965. McCoy’s part, in particular, earned acclaim for the way it filled out Dylan’s dense, peculiar lyrical imagery. But looking back on the record, McCoy doesn’t think about its influence on his career as much as he does the ripple effect it created throughout the musical world, one that reverberated all the way out to Nashville. He credits the success of Highway 61 and future Dylan records such as Blonde on Blonde with helping the city crossover to more rock-oriented audiences. The city that was once solely the province of the likes of Patti Page and George Jones was now welcoming acts as varied as Joan Baez, The Byrds, and Leonard Cohen.

“We’ve always cut music here that crossed over, but none of those folk-rock people ever came here before,” he said. “Nashville, as a recording center, was a recipient of that good fortune.”

Highway 61 helped open up doors for both musicians. McCoy, now 74, went on to work with Johnny Cash, Chet Atkins, and even pop rock satirists Ween in addition to undertaking a successful solo career of his own. Brooks, meanwhile, followed up Highway 61 by lending his bass to Miles Davis, The Doors, and Seals and Crofts, among others. But even with those hefty credits, both admit that there are few substitutes for sitting in with Dylan during the formidable stages of their musical careers. A trip to New York for a Broadway show, the ring of a telephone. Little did they know then how those simple triggers would be their entry into pop music history.

“The fact that so many people across the world relate to that record the way they do, that’s special,” Brooks said.