In The Valley Below perform for FIAT 500xclusive Concert Series — watch

The Echo Park outfit chat and perform both "Neverminders" and "Peaches" 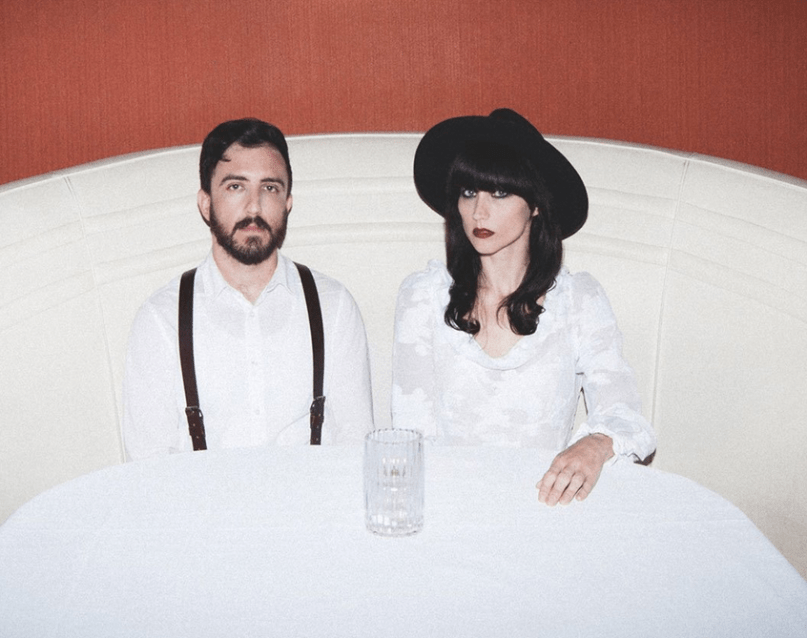 Seldom does an alternative rock act meld so seamlessly into muted jazz accents and not come across as trite or esoteric. What’s even more rare is finding an act that successfully manages to ride the fine line between moody emo and genuine emoting.

In The Valley Below manages to do both by capitalizing on bluesy atmospheres that hypnotize like slow drives through an endless, midnight metropolis. Like, say, New York City, where the Echo Park outfit shook a crowd of Brooklynites to their core earlier this month at Baby’s All Right.

With one LP down and remixes aplenty, Michiganite keyboardist Angela G. Mattson and Tennessee-bred guitarist Jeffrey J. Mendel – both formerly of Sabrosa Purr fame – swooned with ethereal vocals and swayed rhythmically alongside touring drummer Joshua Clair as they worked through material off 2013’s The Belt.

Courtesy of FIAT and YouTube, we’ve provided live performances of both “Neverminders” and “Peaches”, in addition to a fairly comprehensive interview with the trio. All were shot specifically for the FIAT 500xclusive Concert Series, which offers a high-definition look at musical mastery.

Consider this a strong kickoff.