iTunes is now illegal in the UK 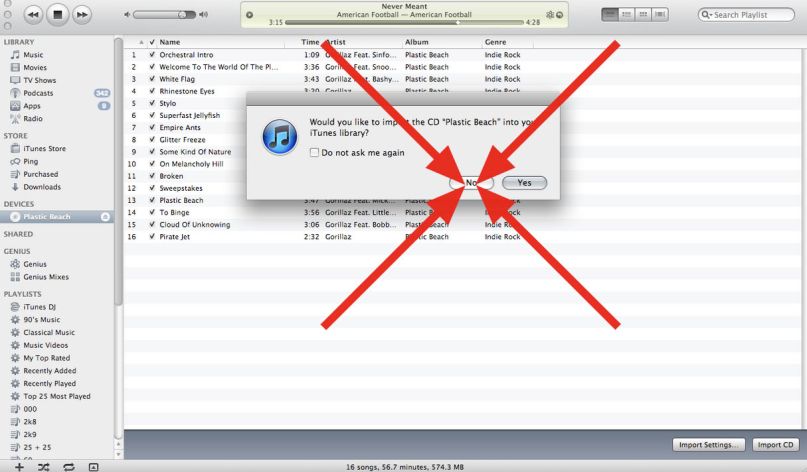 For most of us, the idea of taking an old CD and ripping it onto iTunes is a standard practice. Many in the UK apparently felt similarly, though such an action wasn’t legal until late last year when the government enacted legislation making copying for personal use legal. Now, however, after objections from multiple music groups, a High Court has overturned the new law, making copying legally purchased material for personal use a criminal act once again.

That means that, essentially, iTunes is promoting an illegal practice with its CD ripping feature. Whenever you pop a disc into the ol’ drive, iTunes prompts you to copy the CD. Thanks to the High Court’s decision, such an action is now punishable by law (again), and the very existence of the feature itself is illegal. In fact, because iTunes could now be seen as promoting an illegal activity, Apple could theoretically face damage claims from music groups.

As a spokesperson for the UK Intellectual Property Office told Torrent Freak, “It is now unlawful to make private copies of copyright works you own, without permission from the copyright holder – this includes format shifting from one medium to another.” While they specifically mention CD-to-MP3 conversion, this means any type of conversion is illegal. Finally getting around to transferring your old VHS tapes to DVD? Can’t do it. Bought one of those fancy vinyl-to-MP3 turntables? Unusable.

And it actually gets worse; the Government spokesperson went on to add that, “… It includes creating back-ups without permission from the copyright holder as this necessarily involves an act of copying.” In other words, if you legally purchase digital media online, you are now not legally allowed to back up that information on an external hard drive of any sort. In the long run, that means if your computer were to crash or get stolen, your only allowable course of action would be to re-purchase all your music and movies.

“As this is a complex area of law, the Government is carefully considering the implications of the ruling and the available options, before deciding any future course of action,” said the spokesperson, adding, The Government is not aware of any cases of copyright holders having prosecuted individuals for format shifting music solely for their own personal use.”

So while it’s probably unlikely you’d be taken to court for backing up your iTunes filled with CD-ripped music, the fact remains that you could be. And you’d lose.

Previous Story
Yep, A Nightmare on Elm Street is getting remade again
Next Story
Scott Aukerman and Adam Scott finally get U2 for U Talkin’ U2 To Me Podcast
Popular
More Stories
[fu-upload-form form_layout="media" title="Submit Your Photo"][input type="hidden" name="ugc" value="1"][/fu-upload-form]