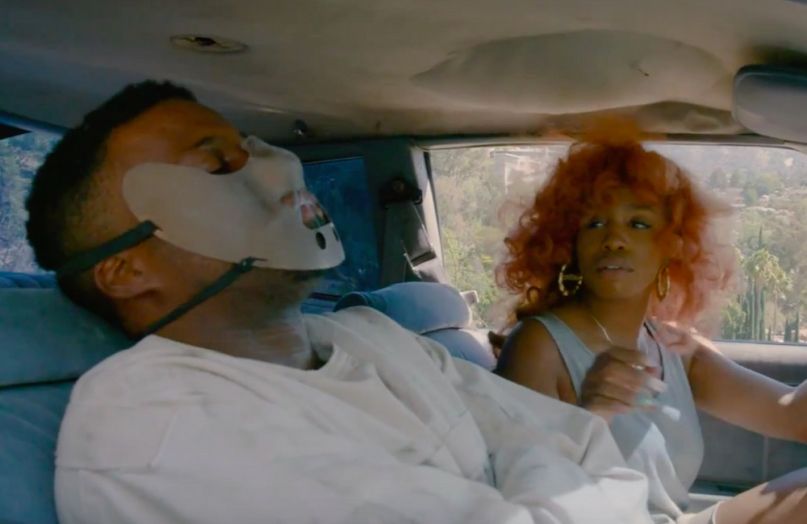 Jay Rock has shared a video for “90059”, the title track to his upcoming sophomore album. Directed by the Little Homies and PANAMÆRA, the clip sees the Black Hippy member being driven around by CoSigned alt R&B singer and fellow TDE mate SZA. Rock sports a frightening Hannibal-style mask and straitjacket for much of the car ride, but when he’s finally let loose, he really brings the crazy. Watch below.

90059 the album, the follow-up to 2011’s Follow Me Home, doesn’t yet have a release date; Rock says he could drop it at any minute. In addition to SZA, the LP is expected to feature guest collaborations from other TDE rappers like Isaiah Rashad and the Black Hippy crew, which features Rock, Kendrick Lamar, Ab-Soul, and ScHoolboy Q.

For more of Rock, check out the recent one-off tracks “Gumbo” and “Money Trees Deuce”.