"Anything that I do, at all, has come from what y’all done," Lamar said 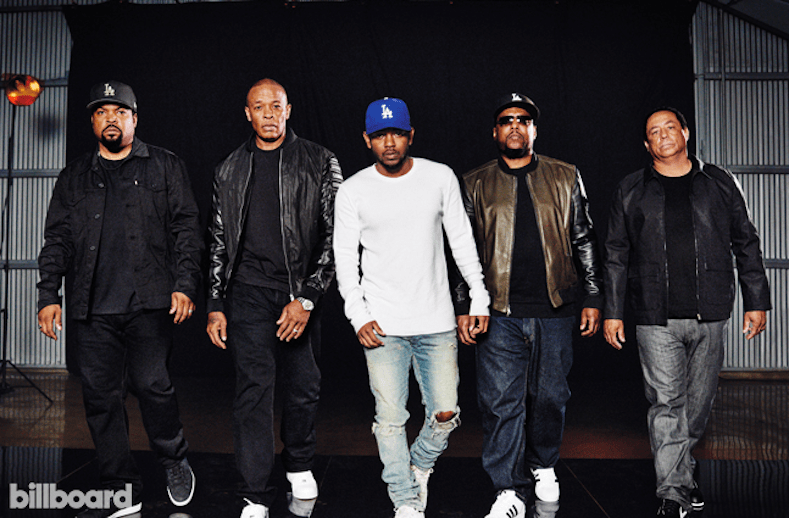 With Straight Outta Compton hitting theaters tomorrow and on track to be a considerable success, N.W.A. is in the spotlight more than ever. For Kendrick Lamar, however, they’ve always been the center of hip-hop. That’s why he took it as such an honor when he got to sit down and interview Dr. Dre, Ice Cube, DJ Yella, and MC Ren.

“Anything that I do, at all, has come from what y’all done,” Lamar said when he sat down for the Billboard cover story. He took the opportunity to ask his idols about the seminal rappers’ entrance into the music business and subsequent influence over it. “We not only changed music, we changed pop culture all over the world,” Ice Cube said. “We did that by making it all right for artists to be themselves. You no longer had to be squeaky clean. We opened the floodgates for artists who wanted to work on this side, artists who wanted to be raw.”

He also asked what the hardest part of the business was. “Publishing!” Yella exclaimed. “We didn’t know anything about publishing. The first go-around we didn’t make a nickel.” Dre agreed, adding, “We were just a bunch of creative guys who got together and did something amazing but were clueless about business.”

Read the whole story at Billboard, and watch the complete interview below.