After a rough couple of years, Canadian indie rockers bounce back 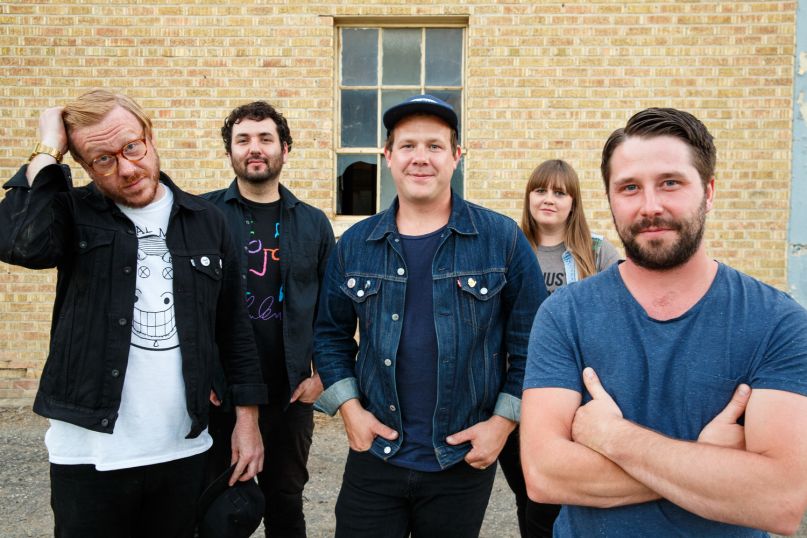 Canadian indie rock outfit Library Voices may have embraced a punk ethos with their fuzz distortion and “Pop As Fuck” t-shirts, but at their core they’ve been primarily a group of sci-fi infatuated friends. This fact makes the violent genesis of their new album especially striking. Soon after they started to write new material, frontman Carl Johnson was jumped and beaten bloody. Left unconscious in the street, he suffered a concussion that would prevent him from smelling foul odors.

Though his sense of smell is still impaired, he was able to contribute seven tracks and guitarist Brennan Ross stepped up for the remaining four songs. After two years of recuperation and work, the band is finally releasing their third record, LOVISH, on November 6th via Nevado Music. Before the album hits stores, they’ve shared their latest single “Oh Donna”.

“‘Oh Donna’ is our stab at bastardizing classic rock,” the band tells Consequence Of Sound. “Brennan reached out with the skeleton of the song and said he wanted it to be thematically reminiscent of ‘Lola’, ‘I’m A Boy’, or ‘Madame George’.”

The track, fronted by Ross, is a scuzzy and fervent opener to the track to the album. Opening with the line “Oh, all your heroes/they’re all assholes”, Ross playfully highlights the band’s blend of cynicism and humor. Later he eulogizes on the chorus about a funeral of youth over jagged guitar riffs. Given the band’s tumultuous couple of years, the lyrics carry and extra weight of poignancy. Despite the drawbacks in their real life, their music feels especially energized and world dominating.