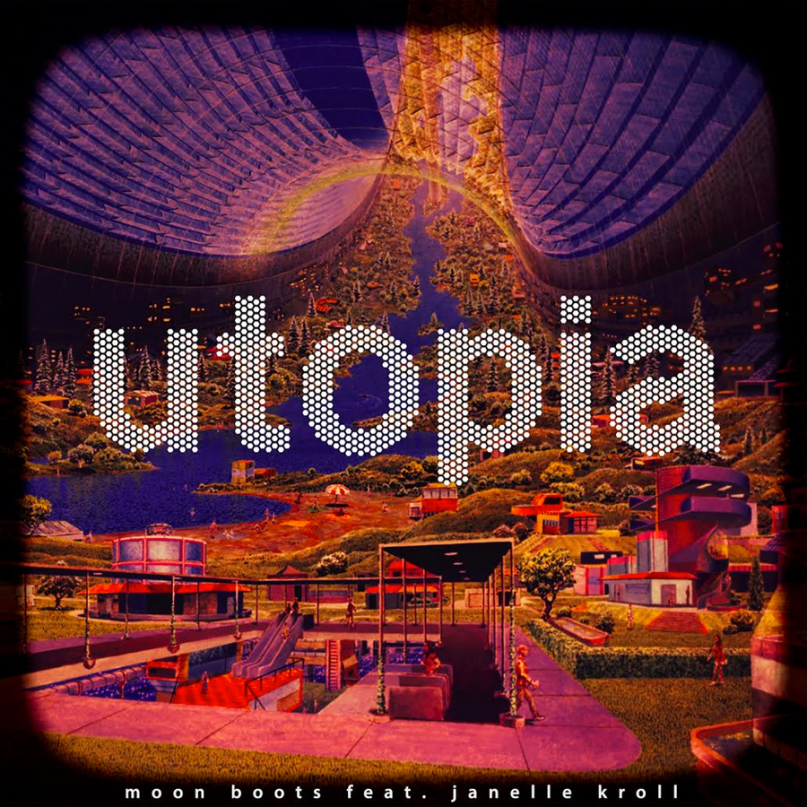 Moon Boots, aka Peter Dougherty, creates electronic music with a spacey edge. The nu-disco producer first debuted the moniker when he emerged on the scene with his 2011 EP, Off My Mind. Since then, he’s kept busy with a prolific output of singles, like last year’s “Whatever You Need”, and a slew of remixes. Just this year alone, he’s dropped reworked tracks like Lane 8’s “Loving You” and George Maple’s “Talk Talk”. Now, he’s returning to his own material with the infectious new single “Utopia”.

The track, which features the hypnotic vocal talents of Janelle Kroll, sounds like the best intergalactic dance party ever thrown. The beat pulses with futuristic synthesizer samples and hollow kick-drums. Kroll guides the listener through the endless void all the way to the dance floor. The utopia they describe isn’t some faraway planet; it exists within the song’s three and a half minutes.