Heller says he convinced Eazy not to off Suge, and now regrets it 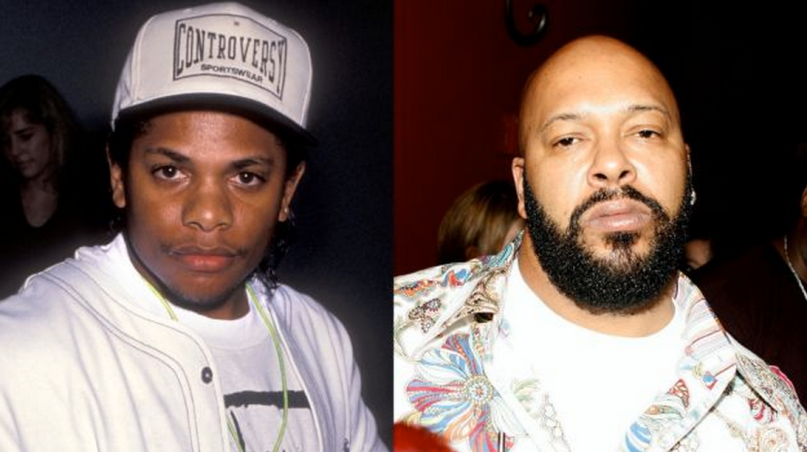 Though the N.W.A. biopic Straight Outta Compton is blowing up the box office, the side effect is that numerous old wounds are being reopened. Most recently, accusations about Dr. Dre’s abuse against woman once again came to light, for which he subsequently apologized. While that part of the group’s history was omitted from the film, their confrontations with Suge Knight weren’t. However, one detail escaped the lens.

In a newly surfaced interview from the Murder Master Music Show (via Music Times), which was conducted in 2013, N.W.A.’s former manager Jerry Heller revealed that he had two major regrets from his time working with the hip-hop legends. One was letting Suge come between Dr. Dre and the rest of the group. The other was talking Eazy-E out of killing Suge.

“One day I came into the office,” Heller relayed, “and [one of my clients] and Eazy were talking, and I said, ‘What’s going on here?’ And Eazy said, ‘You know this guy Suge Knight?’ And I said, ‘Yeah.’ He says, ‘Well, I’m gonna kill him… This guy’s gonna be a problem, and I’m gonna kill him.'”

Heller said that he did the math, and having a member of the most massively successful startup label in the history of music off a bouncer didn’t make sense. While this conversation got adapted into the film, Heller’s later sentiments weren’t. “And you know something? I should’ve let him kill him,” Heller opined. “I would’ve done the world a favor. He would have done it, for sure. By himself.” He was convinced Eazy was actually planning on killing Suge, but said he was able to logically talk him out of it.

Later, Heller implied that he puts some credence in the oft-discussed conspiracy theory that Suge had Eazy injected with HIV, the eventual cause of his death. He even references Suge’s appearance on Jimmy Kimmel after he got out of jail, when the ex-con said, “If you shoot somebody you go to jail forever… So they got this new thing out… they get blood from somebody with AIDs and then they shoot you with it. So that’s a slow death, an Eazy-E thing, ya know what I’m saying?”

Suge is currently awaiting trial for murder and attempted murder stemming from a hit-and-run that occurred around a promo shoot for Straight Outta Compton. Listen to Heller’s interview below.