The Taylor Swift feud may be over, but Minaj ain't quite done beefing 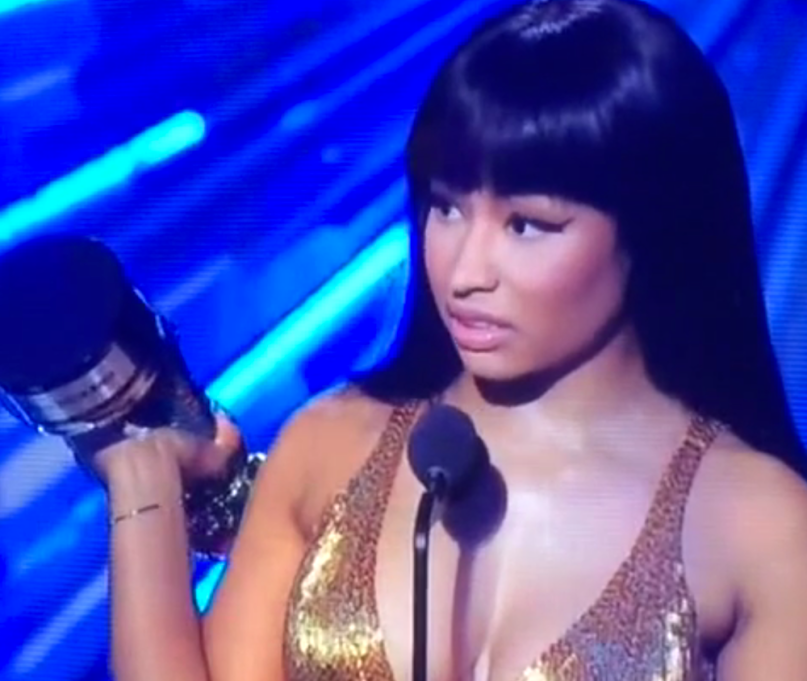 Taylor Swift and Nicki Minaj might’ve washed away their “Bad Blood” with a joint VMAs performance tonight, but Minaj’s not quite done beefing.

While accepting her award for Best Hip-Hop Video, the “Anaconda” singer had some fiery words for the award show’s host, Miley Cyrus. “And now back to this bitch that had a lot to say about me the other day in the press — Miley, what’s good?” Minaj threatened, her eyes locked and loaded in attack mode.

Minaj was referring to a recent New York Times interview in which Miley threw shade at Minaj for her VMA nominations Twitter rant last month. (She felt slighted that her videos for “Feeling Myself” and “Anaconda” weren’t properly acknowledged, and also called out Taylor Swift.) “What I read sounded very Nicki Minaj, which, if you know Nicki Minaj is not too kind. It’s not very polite,” the “Wrecking Ball” pop singer told the Times.

Well, it seems like things are *well* beyond polite now. Let’s get ready to rumble?

Also, here’s a great GIF (via Zap2It). May Miley have this seared into her brain tonight.