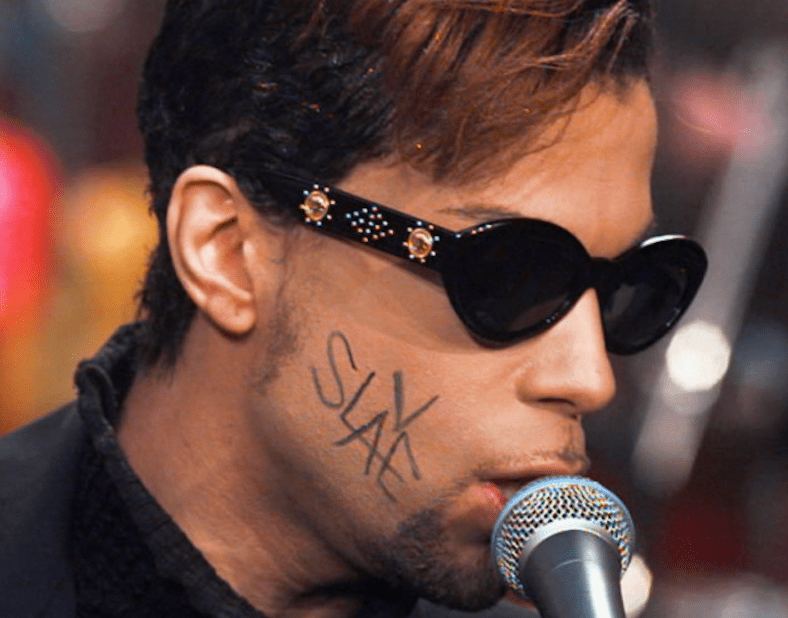 Prince recently announced that he was bypassing the typical record label release procedures by releasing his forthcoming HITNRUN album exclusively through TIDAL. As a rare media meet and greet at his Minneapolis-based Paisley Park Studios, Prince explained that the decision to go with Jay Z’s streaming service came from a desire to break the bonds of, in his own words, slavery.

“Record contracts are just like — I’m gonna say the word – slavery,” Prince said, according to NPR. “I would tell any young artist … don’t sign.”

The Purple Pontificator explained that the way modern record contracts control how an artist’s work is used and profited from, especially on the online market, reduces the musician to little more than an “indentured servant.” By aligning himself with TIDAL, Prince said he was able retain control of how his music made money and where the revenue ended up.

“Once we have our own resources, we can provide what we need for ourselves,” Prince said. “Jay Z spent $100 million of his own money to build his own service. We have to show support for artists who are trying to own things for themselves.”

He added that the deal with TIDAL allowed him the option “to collaborate with other artists on songs which might appear elsewhere,” and that HITNRUN would eventually receive a physical release in the future. His dream, he said, was to see all artists receive direct pay from streaming services instead of going through intermediaries like record companies. He also took shots at the “homogenized [radio] stations” that result from Clear Channel’s dominance of the airwaves.

Prince has actually compared record companies to slaves before. In the early ’90s, he was fighting with Warner Bros. Records over his contract, and often appeared with the word “slave” written on his face, as seen in the image above.

However, that didn’t stop him from recently agreeing to a contract with Warner Bros. for the reissuing of his back catalog.