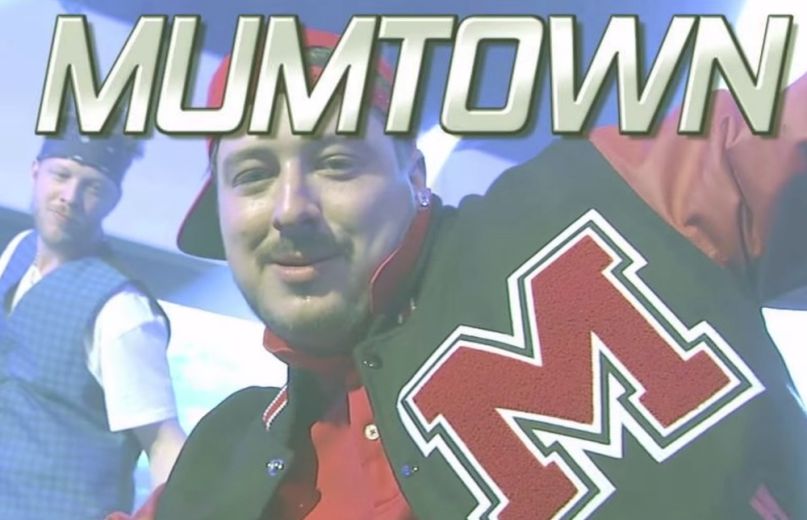 2015 is the year that Mumford and Sons showed the world they were more than just waistcoats and banjos. Wilder Mind, their most recent album, saw them go “electric” and enter the rock world; this past month, they even took a spin as purveyors of new wave with their surprisingly great cover of the Eurythmics hit “Sweet Dreams”.

However, perhaps nothing could have prepared their fans for their latest reveal. Once upon a time, long, long ago in the the year 1998, Marcus Mumford & his pals were doing what every other group of young men was doing at the time: They were killin’ it as a boy band.

Mumtown, which also featured Jimmy Kimmel as a silent but easy on the eyes member (there’s always one!), made teens swoon with their bleached, spiky haircuts, puffy letterman jackets, and bubblegum smash singles “Package 4-U” and “Girl, I’m Saying, Girl, Girl”. What a time to be alive and a hormonal human, indeed.

This bit of long forgotten history surfaced last night in the form of a VH1 Behind the Music-type documentary that aired on Jimmy Kimmel Live. Assuming you’ve still got a tamagotchi and pack of unexpired Pop Rocks, take ’em out and watch the docu below for ole nostalgia’s sake.