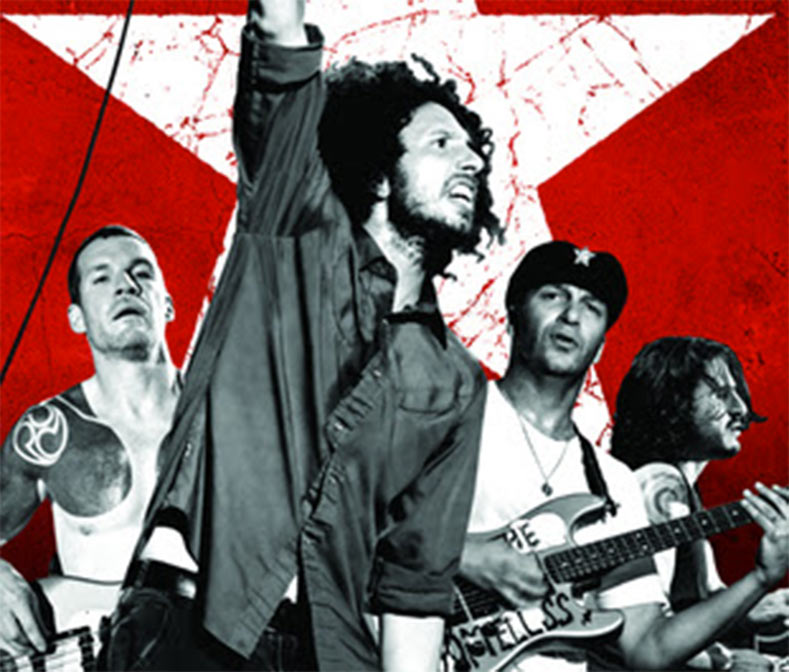 In 2009, English radio DJ Jon Morter and his wife Tracy launched a Facebook campaign to stop the four-year tradition of a The X Factor winner snatching the top spot on the UK Singles Chart during Christmas. Instead, they nominated the Rage Against the Machine classic “Killing in the Name” and urged fans to overload singles sales by purchasing the track. The band fully supported the grassroots effort, and promised to play a free show should the campaign be successful. Lo and behold, “Killing in the Name” was the #1 Christmas single in the UK that year, and Rage Against the Machine came through on their promise.

The band performed a free concert at London’s Finsbury Park on June 6th, 2010. Now, the Christmas miracle of a gig is coming home with the release of the Rage Against the Machine Live at Finsbury Park concert film. Due out October 16th, the DVD ($14.98) and Blu-ray ($19.98) releases features the entire 12-song set from that historic night.

In addition to the concert footage, the DVD/Blu-ray features a “Behind the Scenes at Finsbury Park” extra, plus an interview with the Morters themselves.

Digital pre-orders begin September 11th via iTunes. Below, watch the band’s finale performance of the song that made the show possible, followed by the cover art and complete setlist.

Rage Against the Machine Live at Finsbury Park Cover Art: