They have a song about the Leftorium, so you know they're legit 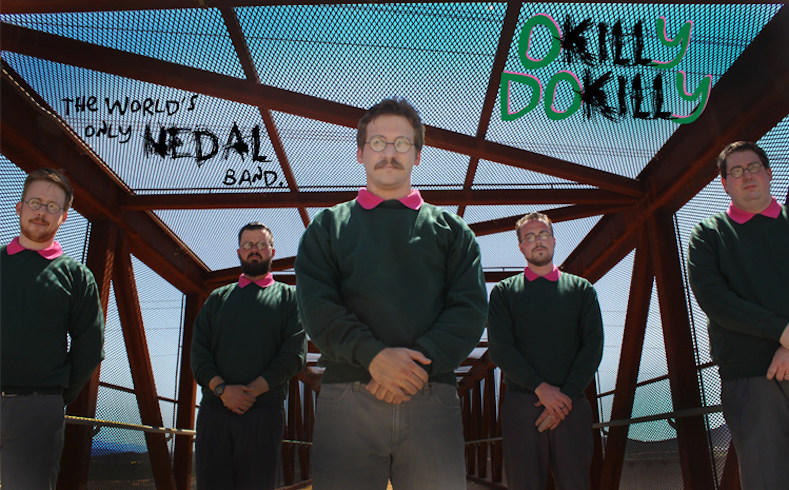 Today sees the birth of a new genre, as Phoenix, Arizona band Okilly Dokilly has created Nedal. Yes, Okilly Dokilly takes inspiration from The Simpsons ever-cheerful Ned Flanders, and their music is essentially a hardcore ode to their beloved neighbourino.

The band described their sound to Rip It Up as, “Not as fast as Bartcore, and a little cleaner than Krusty Punk. Not as heavy as ‘Homer J.ent’ – Nedal is a happy medium in the Simpscene.” While melting faces with songs stuffed with Flanderisms — including “All That Is Left”, an ode to the Leftorium — they dress like Ned, speak like Ned, and even use pseudonyms all containing Ned.

The obnoxiously polite outfit just formed last month, when Head Ned and Bled Ned were joking about ridiculous band names while in line at the grocery store. “The name Okilly Dokilly came up and was very funny to us,” said Head. ”We ran with it. I contacted a few friends, and here we are. Most of us have played in other bands around our hometown; This is definitely the heaviest sounding project any of us Neds have done.”

Lest you think this is all a big gag, the band has released a four-track demo via Bandcamp, and are scheduled to make their debut live performance on September 5th at their hometown’s The Trunk Space. Still, Head Ned admitted that fame wasn’t the long game.  “In reality, this is all just an over-the-top attempt at getting Matt Groening’s autograph, even if it comes on a cease and desist letter.”

Hey Matt, are you dang diddly listening? Check out what Nedal sounds like below.