Some Beautiful Version of Your Own Grave: An Interview with Myrkur 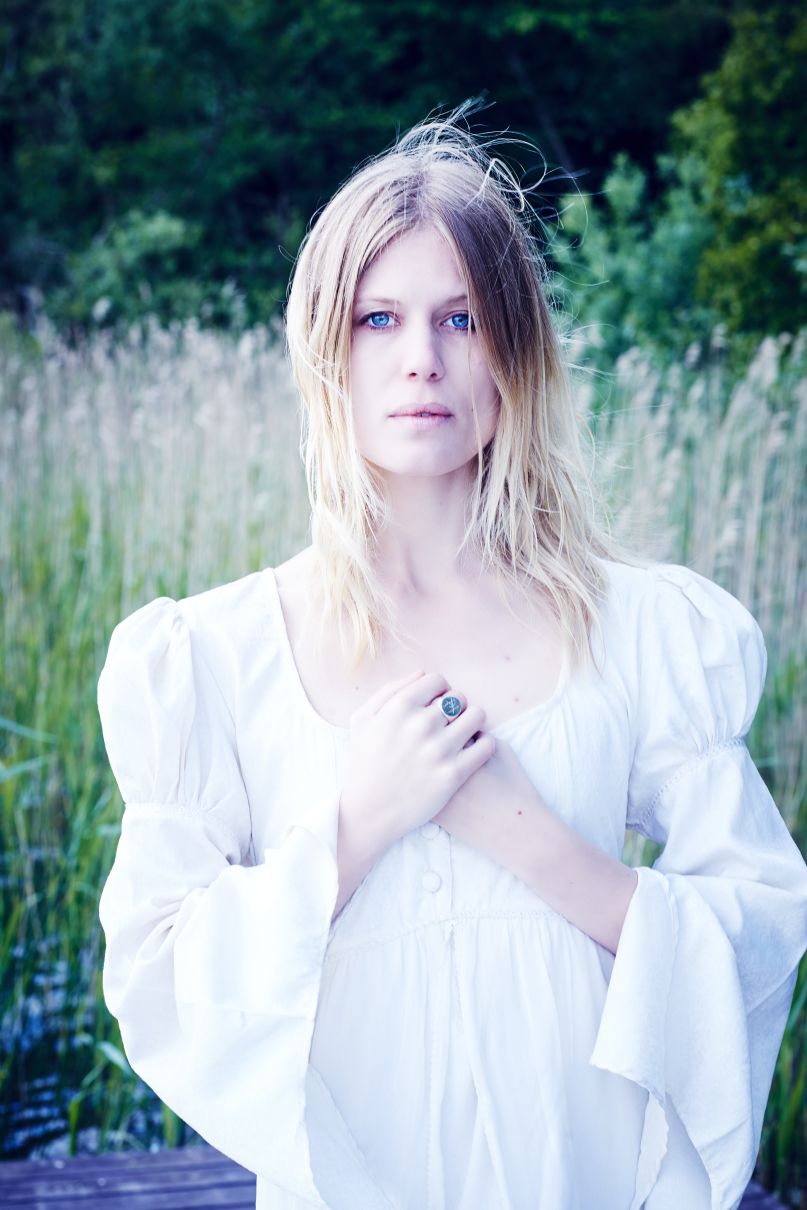 When it was announced last year that Relapse Records had signed Myrkur, a one-woman black metal act, a signal fire was lit. The Myrkur EP brought a great deal of attention, and from that anticipation grew enthusiastic supporters as well as cynical dissenters. Veiled in mystique and heralded by a chorus of ethereal voices, Myrkur brought great promise and the mythical dreams of her Scandinavian homeland.

Now, Myrkur, aka Danish artist Amalie Bruun of Ex-Cops and Minks, descends uncloaked from her palanquin to deliver her first album, simply titled M. Inspired by Nordic folklore along with the atmospheric stylings of second-wave black metal, the album was crafted with the help of Ulver’s Kristoffer “Garm” Rygg and features Mayhem’s Teloch on guitars and Nidingr’s Øyvind Myrvoll on drums.

In anticipation of the album’s August 21st release, Consequence of Sound spoke to Myrkur fresh from her set at Denmark’s recent Roskilde Festival about the album’s inception and what it’s like to collaborate with some of black metal’s finest.

How was your Roskilde set?

It was a very cool experience. There were some beauty flaws, but overall I am very proud. It was thrilling to be onstage, knowing as little as the audience what to expect, because everything is so new and it could go in any direction. It felt natural to me and to the music to play with that setup: me on vocals and guitar, five choir girls, and then guitars, bass, drums.

Could you describe how M came to fruition? What was the writing and recording process like?

Some songs are very old. Some I recently wrote. I write whenever I feel like it. All the songs were written in my home in Denmark, and then I recorded demos and sent [them] to Kris [Rygg]. Then, later on, I went to Oslo and started recording that same day he picked me up at the train station. We recorded drums in a bigger studio in Oslo and also some piano parts and bass. I did most of my [guitar parts] in Kris’ home studio up in the mountains, and then my vocals were done in the Emanuel Vigeland Mausoleum, which is this big tomb with no windows or heat and paintings of dead bodies on the walls. It has 11 seconds of natural reverb, so you can hear your blood pump in your veins in there.

M was recorded with several notable contributors. How did that affect your creative freedom?

The writing was, of course, as free, since it’s all my songs on the album. The recording process was as free, too, because we followed my demos to a certain extent. But Teloch and Øyvind came up with many ideas, and Kris being the overall executive producer/mentor, which I encouraged. It felt like a collaboration in that sense, and I enjoy working with that level of talent very much. It pushes and inspires me.

What is the best listening environment to properly experience the album?

Some sort of cinematic, dark, beautiful version of your own grave.

Your passion for Nordic culture is evident in your music. What would you say to those who are inspired by your music and want to further explore the history and culture that formed your sound?

You can seek more knowledge of the Icelandic sagas and Scandinavian history. Nordic composers like [Edvard] Grieg, [Wilhelm] Stenhammar, Carl Nielsen, and many more, both the symphonic works and the choral. And Nordic painters and artists. And, of course, Viking culture, which I find interesting. I try to share what I like with my supporters on, for example, my Facebook page so that they too can enjoy it, if they have interest.

What lies ahead for Myrkur?

The world, chico, and everything in it.