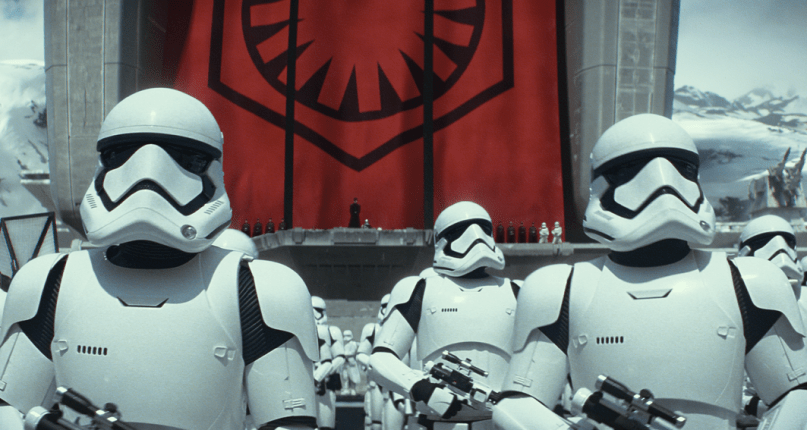 Typically Star Wars reveals are highly-anticipated events announced well in advance. Not today, however, as Disney and Lucasfilm have just dropped a surprise new teaser trailer for The Force Awakens via Instagram.

The clip contains unseen footage, including a terrifying army of Stormtroopers and Finn (John Boyega) facing off against Kylo Ren (Adam Driver). As with previous trailers, however, the clip contains little in the way of plot spoilers. Watch below.

The Force Awakens, directed by J.J. Abrams, arrives on December 18th, 2015. Watch a full-length trailer from the release, released back in April, here.