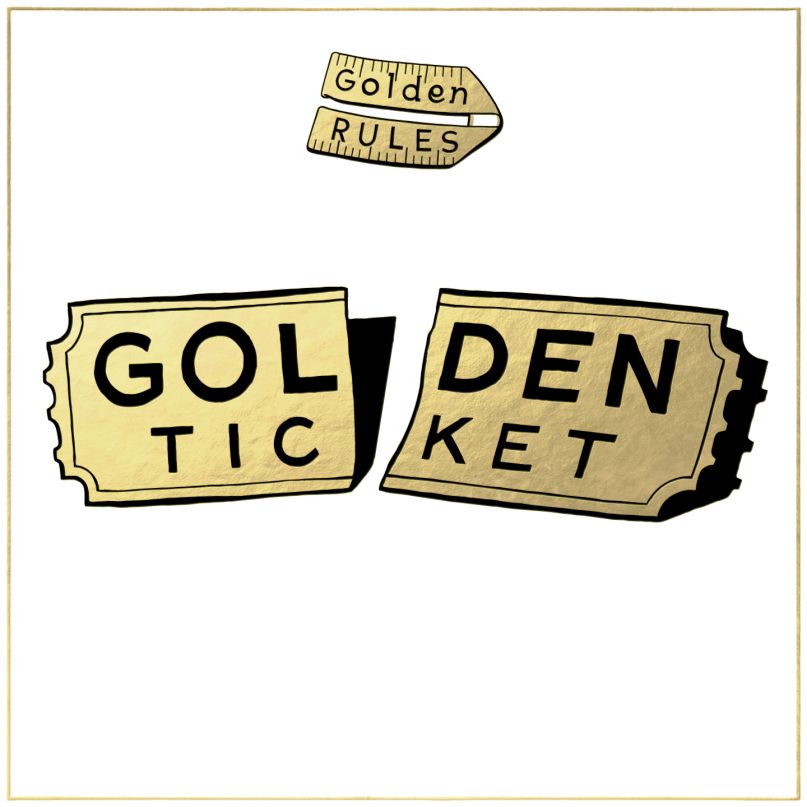 Producer Paul White and rapper Eric Biddines have both achieved success on their own terms. White gained notoriety producing tracks for Charli XCX and Danny Brown. Biddines, meanwhile, launched a record label under which he’s released his own material over the last few years. However, after White heard Biddines’ 2014 album, planetcoffeebean2, he was compelled to send the MC some of his own beats.

The two quickly found themselves to be kindred spirits and soon began collaborating as Golden Rules. Now, they’re preparing to release their first record under the moniker, a 13-track effort called Golden Ticket, on August 7th via Lex Records. In anticipation, the LP is streaming in full below.

“When we created the music for this album, all of the pieces fell into perfect sync,” Biddines tells Consequence of Sound. “There was no calculated sound or direction, just inspiration and two open minds. The Golden Ticket is admission into a place of comfort and freedom. The sound of this LP pulls in influence from just about every genre and allowed us to individually contribute a piece of ourselves as Golden Rules.”

White echoes his sentiment, adding, “I hope this album inspires people to go for their own individual Golden Rule in life, whatever that may be, a better relationship with themselves, or going for their dream job. We hope this liberates people to realize this is their world and their life to express themselves in, free from their own doubts.”

True to their claims, the album is a vibrant piece of work that straddles the line between fun and thoughtful. White’s beats give a cozy backdrop for Biddines to drop autobiographical verses. It’s a blend of funk, bangers, and lots of soul.

As an added bonus, Golden Rules are sharing a BitTorrent download bundle containing seven of the Golden Ticket tracks, plus their accompanying instrumentals. You’ll also find the “Golden Rules” video, a collection of artwork by ESPO, and stems for “Downsouth Boogie” and “The Let Down”.