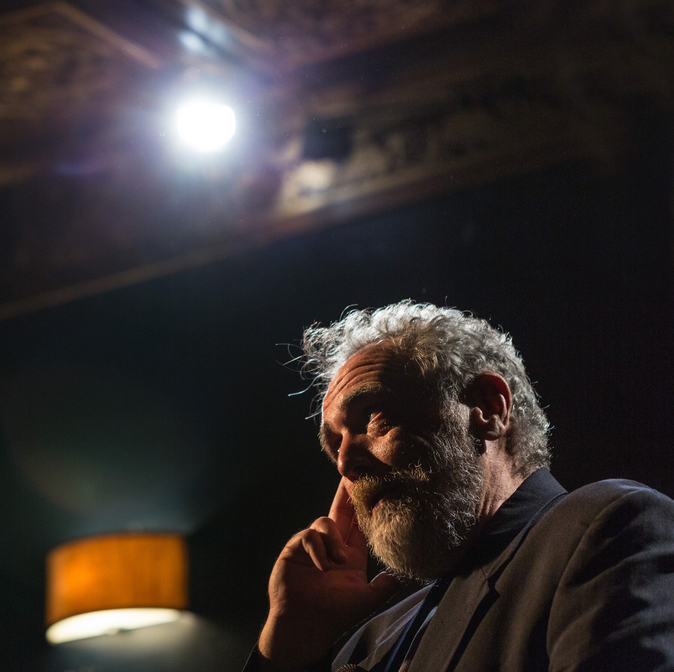 Note: This review was originally published back in February 2015 as part of our coverage for the Sundance Film Festival.

Suffering is hard, but trying to be a good person when you know what the world is capable of doing to the weakest within it is one of the few things that might be harder, especially when you were one of those people at one time. This is a pretty universal truth, and it’s one to which comedian Barry Crimmins can provide real, hard-lived testimony. Call Me Lucky, Bobcat Goldthwait’s superb documentary about Crimmins’ career, and more valuably than that his life, goes into detail about the depths of Crimmins’ understanding of this idea. At times the film is excruciating in its honesty, its willingness to speak of the things we like to avoid speaking about, and to linger on it long past the point of any comfort. Crimmins is more than willing to confront his pain for the camera, as long as others are willing to bear witness. It’s not only a wonderful piece of documentary filmmaking, but it’s an act of substantial bravery as well.

Crimmins came up with comedians like Goldthwait, Tom Kenny, Marc Maron, Steven Wright, and a number of others both notable and otherwise, but isn’t as readily discussed in the same breath as his contemporaries. And yet, his influence is widely felt; his presence fused working-class affability with a bottomless well of righteous, well-informed rage and aggression, comedy done by a loyal, open-minded man struggling with a substantial amount of anger. He’s the sort of complex figure that alternative comedy would start to embrace around that time, and especially in the Internet age. But at present, while Crimmins still performs, his shows are just as full of political invective as they are comedy, and he lives in upstate New York for the most part, focusing his anger instead of allowing it to consume him as it once did, in the form of drink and, most importantly, comedy.

Call Me Lucky follows his life trajectory from precocious early beginnings to the foundation of the Ding Ho comedy club in Boston, which shared space with the Chinese restaurant of same name. There, Crimmins found himself at the mercy of his own demons from his Catholic upbringing and other such childhood traumas, as well as those that Reaganomics were foisting upon the fiercely leftist comic. And yet, he’s remembered by his peers not as a fatalist, but as a passionate man who avoided hard drugs even as he hit the bottle with vigor, who wasn’t afraid to pepper his standup sets in the schtick-heavy ‘80s scene with colorfully vulgar political screeds, who looked out for those around him even as his worldview seemed more suited to seclusion. He’s remembered as an intimidating figure, but a fair and thoughtful one as well.

(Read: Call Us Lucky: A Chat with Bobcat Goldthwait and Barry Crimmins)

Presently, Crimmins lives in a town that he describes as a “beautiful lake surrounded by fascists,” able to chop wood and keep abreast of political news, taking to Twitter to demand excommunication from the Pope while furthering the activist work that would inform so much of his life over the past 20-30 years. Goldthwait juxtaposes the glowing retellings of Crimmins’ life from him and others with a sense of foreboding and weariness, which ends up being the perfect means through which to examine the dual life Crimmins has led as a firebrand loudly advocating for people who so often lack the means to do so themselves, at any age. There are a great many laughs in Call Me Lucky, but there’s also an agonizing truth at its center, one the film makes clear long before it gets around to eventually explaining itself. Where he’s remembered as a genius, Crimmins most seems to perceive himself as a survivalist in an unforgiving world.

That’s not to say the film is weary, though what it addresses at times is no less than the depths of human cruelty. And this would inform one of Crimmins’ most defining pursuits, among others, when in the mid-‘90s he became a vocal advocate for online chat room reform, when he discovered that early AOL chats were horrific dens of child pornography, and subjected himself to the true horrors of man in order to attempt to better the world around him. This isn’t the only time Crimmins has suffered in his life, but what Goldthwait captures almost completely through endless interviews is the story of a man who took to comedy to articulate the things that horrified him most about the world, to react to them, to attempt to reach others and ask them to see as he does. Crimmins, for his part, seems to want the basics of life, more than anything: “Everybody should treat each other well, because there’s a lot of pain out there.” He said that years ago, but it would appear that it’s as meant today as it was then.

Goldthwait deftly avoids the trappings of hagiography, getting Crimmins and a host of others to speak as frankly about the man as he would likely prefer. Instead, the film reveals him as a contemplative man, who charged himself with keeping up on all the news, not just the fun parts, and long before the Internet made doing so a simple task. It’s unfortunate, the extent to which he’s known suffering in his time, and Call Me Lucky watches him wrestle with inalterable memory even as it also gets to see him address it head on, but the spiritual debt he feels obligated to pay for his continued way of life holds sway over all. By most accounts Crimmins is a truth-teller and an activist and a friend and a warrior for the downtrodden and a bit of a drunk and a passionate empath. But in Call Me Lucky’s estimation, most of all Crimmins is a man, who’s seen enough to know that “we have to take care of innocence in this world,” and who never allowed the darkness to override his belief in the innate good of people. In his very human frailties, he’s the kind of man of which the world needs many more.