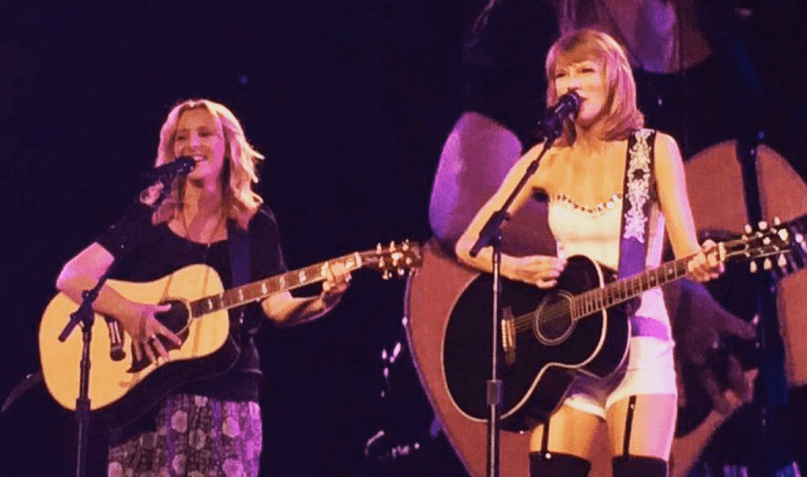 The final episode of Friends aired over 11 years ago when most of Taylor Swift’s core audience was still in diapers. However, that didn’t stop T Swizzle from inviting Lisa Kudrow (aka Phoebe) to the stage during her concert in Los Angeles last night.

Together they performed “Smelly Cat”, the hit (?) single from Phoebe Buffay and The Hairballs. In a night which also featured surprise guests Justin Timberlake and Selena Gomez, somehow a 15-year-old parody song proved to be the biggest highlight. Watch fan-shot footage below.

Any guesses for who Swift might bring out during her next gig in San Diego on Saturday night? Personally, I think @Midnight writer Demi Adejuyigbe is right on the money.