The Sword: Breaking the Archetype of Heavy Rock 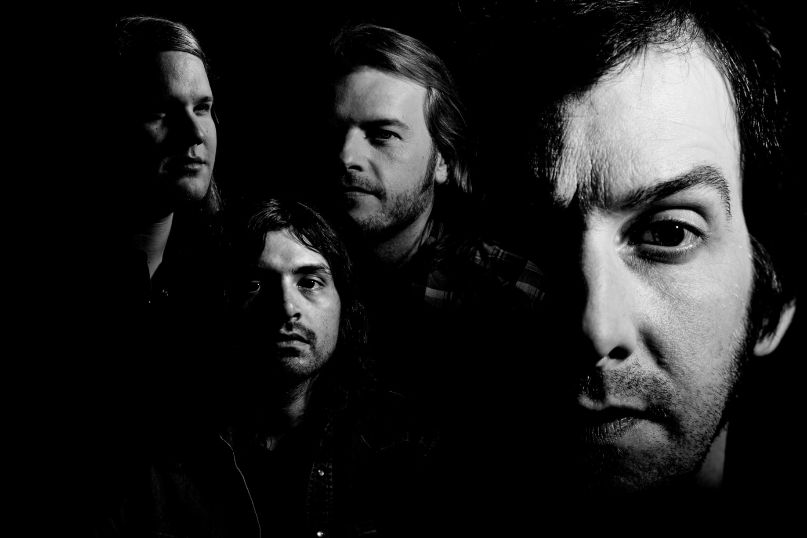 Now veterans of the heavy music scene, The Sword have helped return hard rock and doom metal to prominence over the course of their decade-long career. Beginning with 2006’s Age of Winters, the Austin band have dropped a new album every few years, each a little different, but always stacked with fantastical lyrics and memorable riffs. As bands grow, however, so do their tastes, influences, and songwriting. On their fifth studio album, High Country, out August 21st via Razor & Tie, The Sword move away from the doomy imagery of their past records and embrace a variety of new sounds, from blues to country-tinged folk.

Consequence of Sound chatted with vocalist/guitarist J.D. Cronise about the motivations behind the band’s new artistic direction, the thriving Austin scene they helped create, and distinguishing themselves from the legions of like-minded heavy bands.

High Country is such a different-sounding record compared to your past albums. Do you ever consider the expectations of your fan base and how they might perceive it? Does it affect you as a songwriter and how you perceive your own music?

No, it shouldn’t affect anybody’s songwriting, and if it is, they need to reevaluate why they play music. It’s one thing if you’re writing music for film or television or commercials, where you are writing it for a specific purpose and to appeal to a specific audience. But if you consider what you do art, but you’re worrying about what your audience is going to think or tailoring it to their expectations or taste, then that’s not really art. We hope that we’re going to do something good that people are going to like regardless of whether it sounds exactly like the old stuff that they’ve liked from us before. Inevitably, there’ll be people who don’t like this and like our old stuff and people who like this and don’t like our old stuff. You can’t please everyone.

What about when you play live and you see their reaction in that intimate setting?

I suppose it might on some unconscious level. We definitely prefer playing our own shows as opposed to opening for other people, or festival bills, because it’s our crowd. They’re very cool. I will say, there can be that odd dude in the front row that really seems to be in another place, like his eyes are rolled back in his head, and the expression on his face is like he could literally kill someone with his bare hands. When I see those guys, I’m like, “Jeez, I don’t know what you’re getting at. There is something deep inside you that this is fueling in some weird way that I don’t really relate to.” But for the most part, it’s cool.

What do you thrive off of when you play live?

Good sounds and a good environment. Festivals are cool and everything, but I personally don’t really understand the rise in popularity of festivals these days. I’d much rather see a band — a rock ‘n’ roll band — at night, inside, under the lights. I like something inside; as far as proximity to the audience and sound, you get a good balance of what you want.

What were some of the musical influences that went into the making of the album?

I’ve been listening to a lot of blues and roots music, even country music — a lot of old country music. This record reflects more of our current tastes. I can’t speak for the other guys, but I don’t really listen to that much extreme music anymore, or really even that much of what you’d call heavy metal. A little bit, here and there, but that’s not really my go-to stuff anymore.

We felt like if we had tried to continue along the super-heavy, doomy path, it would have been like playing a part at that point — it’s not really where we’re at as people. On this record, I hear a lot of the stuff that we play in the van, that we listen to together. There’s a lot of blues in there. We’ve played around with blues before, but this is definitely our bluesiest.

Was that you who brought that element to the music?

Yeah, that would be me [laughs]. Not that the other dudes aren’t fans. That was my influence, trying to write those kinds of songs. There is a band called Mount Carmel from Columbus that are a heavy blues trio that we’ve played with in the past. We love them; we think they’re amazing. They put out amazing records, and they’re super-underrated. Nobody’s heard of them, which is a crime. I wanted to write some blues rock songs that could somewhat compare to what they’re doing because I think they’re so awesome. So, that was probably in the back of our mind: “Hope the dudes in Mount Carmel like this one.”

You guys are from Austin, and it seems like the heavy music scene is blossoming there with bands like The Well, Sweat Lodge, and Ditch Witch gaining exposure. As forerunners of that scene, how would you assess it now?

I don’t know a whole lot about it now. I know the bands that I’m friends with, but I haven’t lived in Austin for about three years. When we started, there were some hardcore bands, punk bands, but as far as other hard rock and heavy metal bands, there were only a couple that I can remember. I knew that nobody was doing that kind of stuff, which seemed weird to me because it seems like the right town for that. Like, “Why doesn’t anybody have a band like that here?” I saw that and felt like that needed to happen. There needed to be that kind of band. It’s weird; it seems like there are definitely more heavy bands from Austin these days, which is interesting, because it’s known more as a country and indie rock kind of town. I don’t want to take credit for anything, but I can’t help but notice that those bands weren’t there when we started. It’s cool. A lot of them are great bands and great friends.

The Sword has been around since 2003. Reflecting on a decade of the band, what have you learned about yourself as a musician and as a person while making records?

There is no manual for what we do because everybody’s career is different. Nobody follows the exact same path. [Music is] a weird profession that most people who don’t do it can’t understand the ins and outs of it. It’s a continual process of learning how to deal with this weird lifestyle and how to adapt to it, because it’s ever changing. And yet, it remains the same. One thing I’ve learned that we’re putting into practice on the new record is to just be ourselves. It felt really good in the beginning, but some people didn’t get that. They thought maybe [the band] was a joke or something. But I think we’ve stuck around long enough to prove that we weren’t kidding, that we weren’t being ironic or making fun of heavy metal, that we were a legit band.

A lot of bands have cropped up in the past few years that seem like they’re all aspiring to some sort of archetype, like they’re all trying to be the ideal version of the same band, whatever that is. We realized that that’s not us. We don’t want to play that game and try to be something we’re not. What I think is missing from the heavy metal and hard rock scene is more individuality and bands that are unique and trying their own thing and not trying to fit into a mold or be an archetypal band. Do what you do, do it well, and just be yourself.