"The music is epic, heartbreaking, irresistible, and complex," according to the play's director 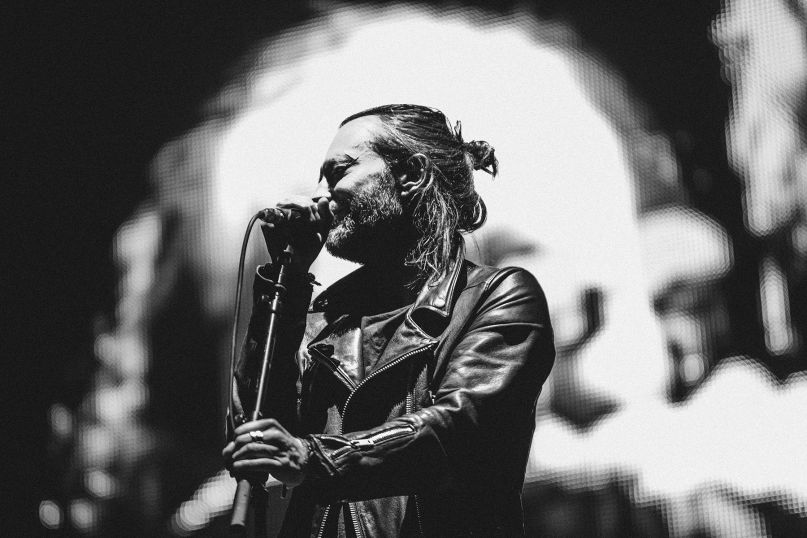 Next month, Thom Yorke is due back in the studio to continue work on Radiohead’s ninth studio album. All the while, he’s gearing up for more live performances behind his latest solo LP, Tomorrow’s Modern Boxes. Yet, the Radiohead frontman still found time in his packed schedule to compose original music for Harold Pinter’s new Broadway drama, Old Times.

Set to premiere October 6th at the American Airlines Theatre in Manhattan, Old Times stars Clive Owen, Eve Best, and Kelly Reilly under the direction of Douglas Hodge. A press release describes the production as an “unsettling drama of desire and blurred realities … Owen is Deeley, a man quite looking forward to meeting Anna (Best), his wife Kate’s (Reilly) friend from long ago. But as the night goes on, Anna’s visit quickly shifts from an ordinary sharing of memories to a quiet battle for power.”

Says Hodge in a statement, “The music Thom has written for Old Times gives an immediacy and a ‘now‐ness’ to the show. The play itself is about memory and love — Thom’s music works backwards and forwards and plays with time and repetition in the same way Pinter does. In true Thom Yorke‐style, the music is epic, heartbreaking, irresistible, and complex. I’m hopeful this collaboration will result in a new kind of theatergoer coming to our show.”

Previews for Old Times will begin September 17th. The production is set to run through November 29th. Tickets are currently on sale.