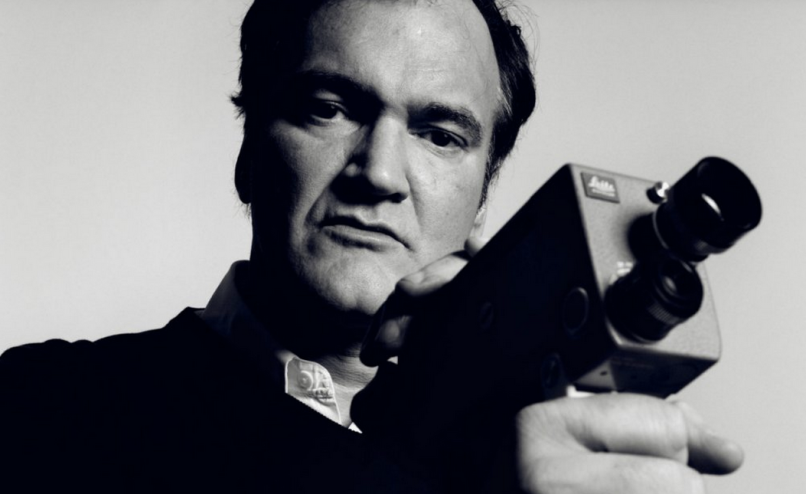 In anticipation of his new Western thriller The Hateful Eight, director Quentin Tarantino sat down with New York Magazine for an extensive interview. Numerous topics were covered, from the social commentary found in Hateful Eight, to his thoughts on film franchises, to the possibility of Kill Bill 3.

Regarding The Hateful Eight, Quentin Tarantino said he’s “more than an hour finished” with the film. Asked if he was happy with it, he responded, “I’m not committing suicide yet. It is what it is. We’re rushing and trying to get to the end. Then you go through it and try to make it even better. But first, you just get to the end.”

Tarantino credited Westerns as being the one film genre that truly “reflects the values and the problems of a given decade than the Westerns made during that specific decade.” He elaborated:

“The Westerns of the ’50s reflected Eisenhower America better than any other films of the day. The Westerns of the ’30s reflected the ’30s ideal. And actually, the Westerns of the ’40s did, too, because there was a whole strain of almost noirish Westerns that, all of a sudden, had dark themes. The ’70s Westerns were pretty much anti-myth Westerns — Watergate Westerns. Everything was about the anti-heroes, everything had a hippie mentality or a nihilistic mentality. Movies came out about Jesse James and the Minnesota raid, where Jesse James is a homicidal maniac. In Dirty Little Billy, Billy the Kid is portrayed as a cute little punk killer. Wyatt Earp is shown for who he is in the movie Doc, by Frank Perry. In the ’70s, it was about ripping the scabs off and showing who these people really were. Consequently, the big Western that came out in the ’80s was Silverado, which was trying to be rah-rah again — that was very much a Reagan Western.”

When it comes to The Hateful Eight, Tarantino said, “My movie is about the country being torn apart by [The Civil War], and the racial aftermath, six, seven, eight, ten years later.”

Elsewhere in the interview, Tarantino is asked about franchise filmmaking and whether he agrees with the opinions of fellow filmmakers like Steven Spielberg and George Lucas that the genre could be detrimental to the industry.

“My pessimism isn’t about franchise filmmaking. That’s been going on since I was born. You can talk about Transformers now, but you could talk about the Planet of the Apes movies and James Bond when I was a little kid — and I couldn’t wait to see those. Actually, when we’re done here, I’m going to go see Guy Ritchie’s The Man From U.N.C.L.E.. I don’t know why Spielberg and Lucas would be complaining about movies like that. They don’t have to direct them.”

Asked if there were any franchises he’d be interested in spearheading, Tarantino said he “could have imagined doing the first Scream.” Despite being a comic book nerd, however, he doesn’t believe he would do a super hero film.

Tarantino was asked who he sees himself in competition these days, to which he responded, “This might come across as egotistical, but I don’t really feel in competition with anybody anymore. I’m in competition with myself. David O. Russell can have the biggest hit of the year, and that doesn’t take anything away from me. I couldn’t have been happier that Rick Linklater was at the Oscars this year.”

He added, “The last time that I felt competitive was when I was doing Kill Bill and my competition was The Matrix Reloaded. That was the sword of Damocles hanging over our heads. I saw Matrix Reloaded at the Chinese Theatre the day it opened, and I walked out of the cinema singing that Jay Z song: ‘S-dot-Carter / Y’all must try harder / Competition is nada.’ I was like, Bring it the fuck on. I was worried about that? Ho-ly shit.”

Speaking of Kill Bill, he said a third film in the franchise is “not off the table, but we’ll see.” Tarantino previously said he would consider retiring after his 10th film, which would mean he has just two left after The Hateful Eight. Asked if that was still his plan, he said, “It would be wonderful to make my tenth movie my best movie — go out with a big bang, or with a small chamber piece after a big bang. I think about that every once in a while, but it’s not a real consideration,” adding, “I’ve got to leave myself open for the right story that talks to me.”

Tarantino was asked his thoughts on those who criticize his use of violence and the N-word in movies. “Social critics don’t mean a thing to me,” he replied. “It’s really easy to ignore them, because I believe in what I’m doing 100 percent. So any naysayers for the public good can just fuck off. They might be a drag for a moment, but after that moment is over, it always ends up being gasoline to my fire.”

“I tried to watch the first episode of season one, and I didn’t get into it at all. I thought it was really boring. And season two looks awful. Just the trailer — all these handsome actors trying to not be handsome and walking around looking like the weight of the world is on their shoulders. It’s so serious, and they’re so tortured, trying to look miserable with their mustaches and grungy clothes.”