Angel Haze – Back to the Woods 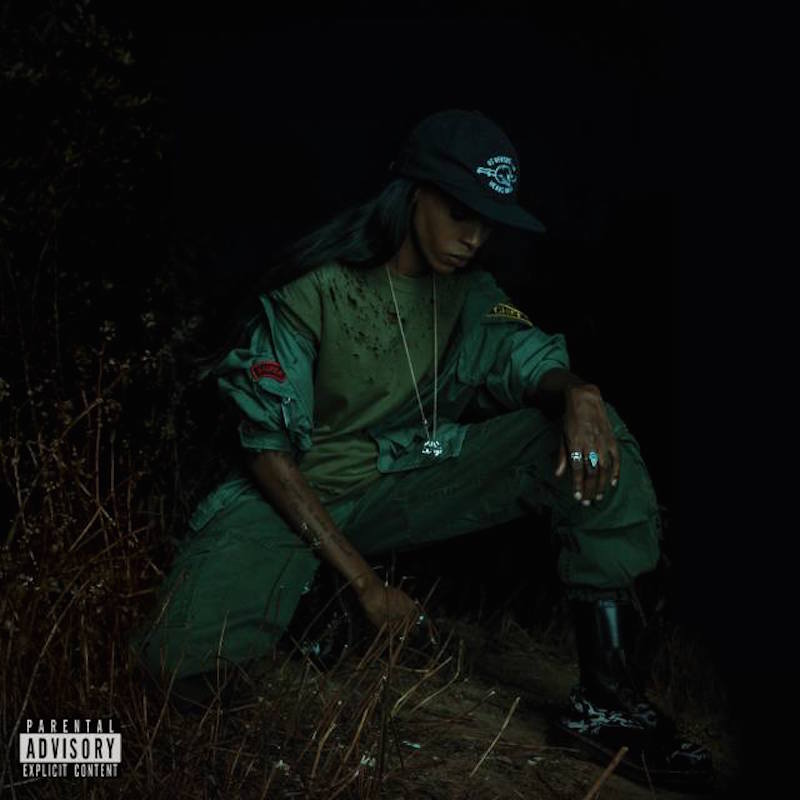 Angel Haze doesn’t just write music about survival — for the 23-year-old rapper and singer, music is survival. On the 2012 mixtapes Reservation and Classick, Haze emerged as a ferocious young voice as they chronicled the trauma that made their music so urgent. “Cleaning Out my Closet” detailed Raee’n Roes Wilson’s rape by a trusted family friend, and while none of their songs since have been quite so specific, the shadow of that ongoing horror looms large over the rest of their work. Abuse, abandonment, trauma, and poverty all skirt the edges of lots of hip-hop, but few rappers have engaged those demons so squarely and cathartically as Haze.

Back to the Woods comes as Haze’s first full-length work since their major label debut, 2013’s Dirty Gold. In that interim, Haze has split with their label, come out as agender, and ended their most public relationship (with model Ireland Baldwin). They’ve had acute depressive episodes and a few run-ins with substance abuse. Life doesn’t get easier just because people start looking at you.

If Dirty Gold tried to be everything to everyone with a slew of candy-coated hooks, a guest performance from Sia, and a smorgasboard of pop producers, then Back to the Woods hones in on what’s essential for Haze and only Haze. They opted to work with just one producer this time, Tk Kayembe, who launches their raps down a dark and fevered wind tunnel throughout the record’s lean runtime. The consistent production lets Haze get back to doing what they do best: expelling their truth and building new truths in the process.

The feel-good maxims of Dirty Gold crumble away on Woods, revealing the raw bone and sinew of an inner struggle too knotty to be washed over with platitudes. “Consider suicide/ I do that these days,” Haze spits on the machine gun single “Impossible”, a blunt and quickly buried couplet that stands in stark contrast to Dirty Gold anti-suicide anthem “Angels & Airwaves”. “Don’t give up on you/ I didn’t give up on me,” Haze mumbled in that song’s spoken word outro, but here they find that depression in all its persistence and variation doesn’t rest along a binary. The question is not whether or not you give up. The question is how you are going to survive the darkness inside your own head.

Haze takes that question as a challenge. What happened to them will always have happened, the scars will always be there, but they can rise to meet it, to be viciously alive in response to all the death they’ve carried around inside them. “How you throw dirt on a seed, not expect it to grow?” Haze raps on the bristling war cry “On Fire”. “I don’t want to live a life on fire nothing to show for it/ If suffering makes a god, then let me know more of it.”

Veering between aggressive declarations of purpose (“Impossible”, “Babe Ruthless”) and tender, melodic ruminations on love and loss (“The Eulogy”, “Bruises”), Back to the Woods joins Earl Sweatshirt’s I Don’t Like Shit, I Don’t Go Outside in this year’s run of viscerally affecting hip-hop albums about trauma, mental illness, and the raw human wounds they leave in their wake. It’s a brutal and lovely album that refines Reservation’s far-flung impulses into a targeted stream of consciousness. The sense of pandering and obligation that hindered Dirty Gold has melted away, leaving only Haze’s muscle and artistry, their willingness to be laid bare in order to make it through another day.

Haze has said that the only place they’ve ever felt at home was in the woods of Virginia after getting kicked out of their mother’s house, alone with nature, feeling their own wildness reverberate in the wilderness around them. “I think sometimes even the moon and the trees and the wind all cry out for help, because this world is too big, even for itself,” they murmur in the spoken word outro to the record’s closing track, “The Woods”. “Everything is lonely like everybody else.” Knowing that dead-eyed loneliness afflicts the whole world doesn’t necessarily assuage it, but it takes some of the weight off its sufferer. The best thing that suffering can do to you is soften your boundaries as an individual, to melt you into something bigger than yourself and return you to a wholeness you didn’t know you could feel. That process is never complete, but on Back to the Woods, Angel Haze embraces the magic in the ongoing surrender.