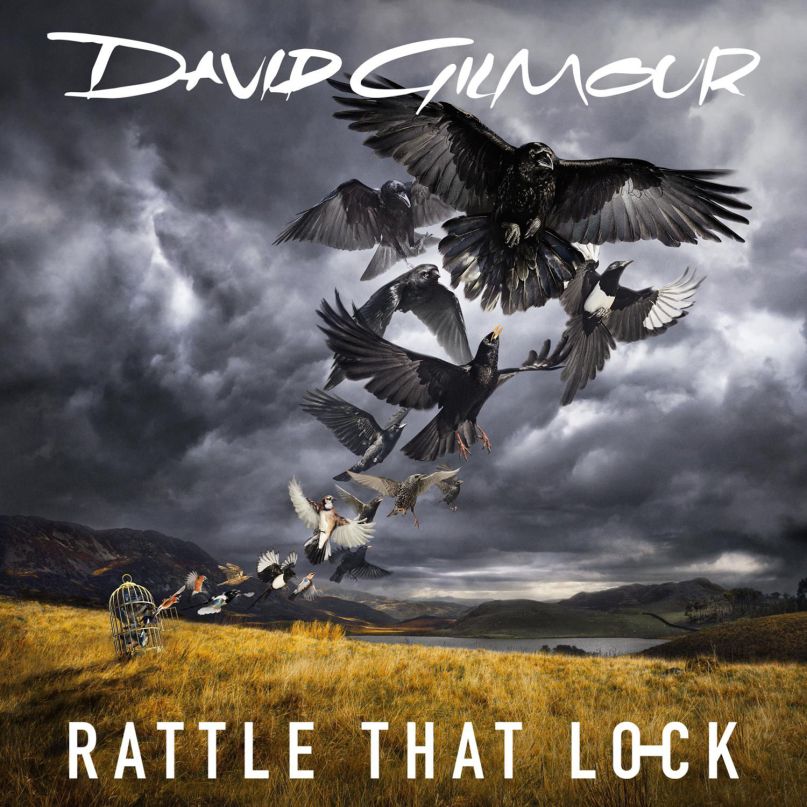 When the men of Pink Floyd set their minds to music, together or apart, sparks fly in all directions. Roger Waters scores operas and waxes esoteric about hitchhikers; the late Richard Wright composed piano pieces that could soothe any savage beast; Nick Mason has become a lesser-known amalgam of David Byrne and Ringo Starr; and the martyred Syd Barrett basically continues to stay Syd Barrett. What of legendary guitarist and “reluctant lyricist” David Gilmour? Typically, he strips down the Division Bell and gets groovy — usually thematically, usually blatantly, but not this time.

If Waters is Floyd’s political bass boom and megaphone-wielder, Gilmour is the trebly melodic recluse who soars out every so often to grace us with his presence. The late ’70s and early ’80s might have been the latter’s most prominent era, bringing him in league with Bryan Ferry and Seal, ushering in solo material like 1984’s About Face. After the transcendent 2006 dream state On an Island, a 2008 live recording from Gdansk, and some soul-searching through old personal demos recorded initially under his old fellowship’s psychedelic banner, Gilmour has cobbled together a motley 10-track sampler of his more erratic side. The set packs more bite than some past efforts, though the barks are discordant at crucial intervals.

In some ways, Rattle That Lock is a philosophical relative to On an Island. It has all the trademark Gilmour wisps and spacey riffs, this time paired with everything from advertising jingles for a metro railway company (“Rattle That Lock”) to the debut piano stylings of his own son, Gabriel (“In Any Tongue”). Coffeehouse nuance and whimsical sliding chords resurface like fond memories. Each of the songs on Rattle have a unique identity, but the variety comes at the expense off the fluidity often characteristic of Gilmour.

On “Louder Than Words”, the closer to Floyd’s last album The Endless River, Gilmour’s ever-present wife Polly Samson wrote lyrics that mimic the early vibes of Momentary Lapse of Reason, as opposed to evolving from them. That trend continues here, Samson contributing dated lyrics to half the tracks. Gilmour’s writing muscles get flexed only rarely on Rattle That Lock. That said, the Italian-infused and immaculate “Faces of Stone” and the amorously sincere funk waltz “Dancing Right In Front of Me” are glimpses of his strongest wording since 2006.

Heartfelt, if not always inspired musings are scattered throughout the record, the most significant of which is the John Milton-inspired “Rattle That Lock”, wherein Samson alludes to the fall of Lucifer and the mankind’s temptation and the attempt to escape spiritual punishment. What Gilmour gains in her ambitious presence, he sadly loses in consistency, forcing the tracklist into highly disjointed territory, despite glowing guitars and gorgeous ivory interludes. The album’s three instrumental marvels — “5 A.M.”, “Beauty”, and “And Then…” — rival most of The Endless River, which should come as absolutely no surprise.

In the last decade, Gilmour appears to be suffering from the same bewildering habit as Waters: digging up bones to make art for pseudo-progression’s sake. The difference is that Waters, though redundant, covers current, relevant topics, particularly the ravages of war and manipulative governing bodies. In interviews, Gilmour regularly illustrates being so frustrated at having been so long overshadowed by his previous act that he’s desperate for something new. Evidently, “new” means regurgitating plainness and aggressively revisiting now-stale Dark Side tropes.

Individually, the tracks easily read as Gilmour-accented Floyd B-sides. “A Boat Lies Waiting” is meandering and decent despite its blatant echoes of the past. “Faces of Stone” is a touch random but greatly improves upon the two songs that precede it at the album’s start. And, I’ll be gob smacked if anyone suggests that Gabriel Gilmour didn’t inherit his old man’s ear for harmonies on “In Any Tongue”. These are reminders that Gilmour could do well to stick to instrumentals. I mean, really, who didn’t melt at the solo from “Is Your Love Strong Enough”, way back when?

Essential Tracks: “Faces of Stone”, “Beauty”, and “In Any Tongue”