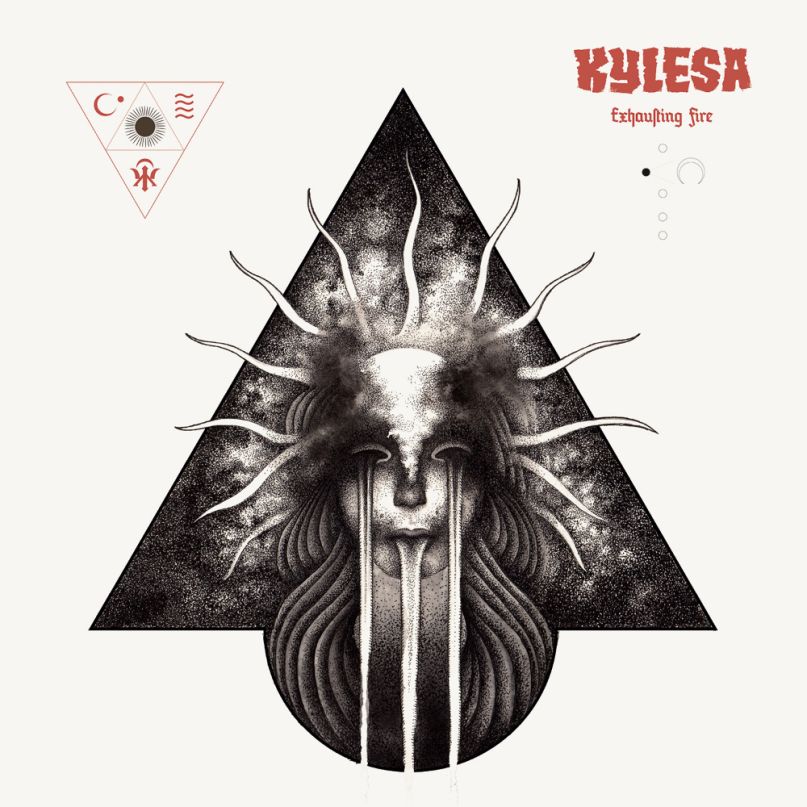 Over the past decade, Kylesa has been one of the most consistent and visible bands on the stoner metal circuit. They rose from the same Georgia scene that spawned Mastodon, playing a brand of metallic hardcore punk before mellowing out in recent years. Shouted vocals, fast tempos, and angry, misanthropic lyrics have given way to melodic heavy psych and calmer vibes, and though Kylesa has jettisoned its old sound and lost favor in the crowd that once championed it, the band’s development into a stoner powerhouse always felt natural and organic. As artists, their clarity of vision took over, and with each album, the songs slowed and the structures tightened, effectively accentuating Kylesa’s finer assets: the spooky dual vocals of Laura Pleasants and Phillip Cope, the affected guitars, and the trippy atmospherics. A Kylesa album always sounds like a Kylesa album. It’s just a matter of where the band wants to take the recordings.

In this way, experimentation is encouraged. There are some bands we never want to change. We come to rely on the comfort of their consistency and the fulfillment of our expectations. But Kylesa is invincible. When they leave that comfort zone — like they did on their landmark records Static Tensions and Spiral Shadow, back when they moved away from punk — it’s still effective, if not more so. They’re on their A-game when exploring new territories.

That’s why Exhausting Fire works. On the outfit’s seventh album, Kylesa again reinvent themselves as a music box of stoner psych and alt metal dabbling. 2013’s Ultraviolet was a hesitant test run, a toe in the pool as opposed to the total submergence found here, as Kylesa surrender themselves to weirder songwriting tics, prismatic genre-blending, and spiritual concession. Opener “Crusher” does good on its name with dense blasts of sluggish feedback and a thick riff, but it’s the song’s second half that brings it home. The fuzz drops out, a polyrhythmic beat kicks in, and Pleasants’ vocals turn sensual, sounding more Mazzy Star than metal. These twists and turns work. On “Moving Day”, Cope sings in a goth croon while synths swell up and down, and it’s Cure as fuck. “Night Drive” is pure heavy pop with disarmingly earnest lyrics and passionate screams from Cope: “I don’t want to be on this night drive/ I would rather be anywhere else.”

Exhausting Fire is the band’s most experimental work to date, but that’s not to say it doesn’t riff out on occasion. “Shaping the Southern Sky”, while a little misleading toward the majority of the album’s content, is Kylesa’s most metal track since Spiral Shadow, guided by a chugging riff that would sound at home on a High on Fire album. Another highlight, “Blood Moon”, tries on a black metal aesthetic that works surprisingly well. The only weak tracks are the ones that are the most obviously Kylesa — straightforward, heavy — and the least imaginative (“Inward Debate”, “Lost and Confused”).

Kylesa doesn’t seem interested in being a big, bad Southern metal band, just like they never wanted to be a flashpoint for anger after getting over their early punk phase. Exhausting Fire has heart, both sonically and lyrically. It moves with confidence, content with its explorations, and it’s engaging because of it. Such an amorphous approach to heaviness is becoming more common in metal, an often rigidly traditional genre, and Kylesa continues to push those boundaries as forerunners of the post-metal movement.