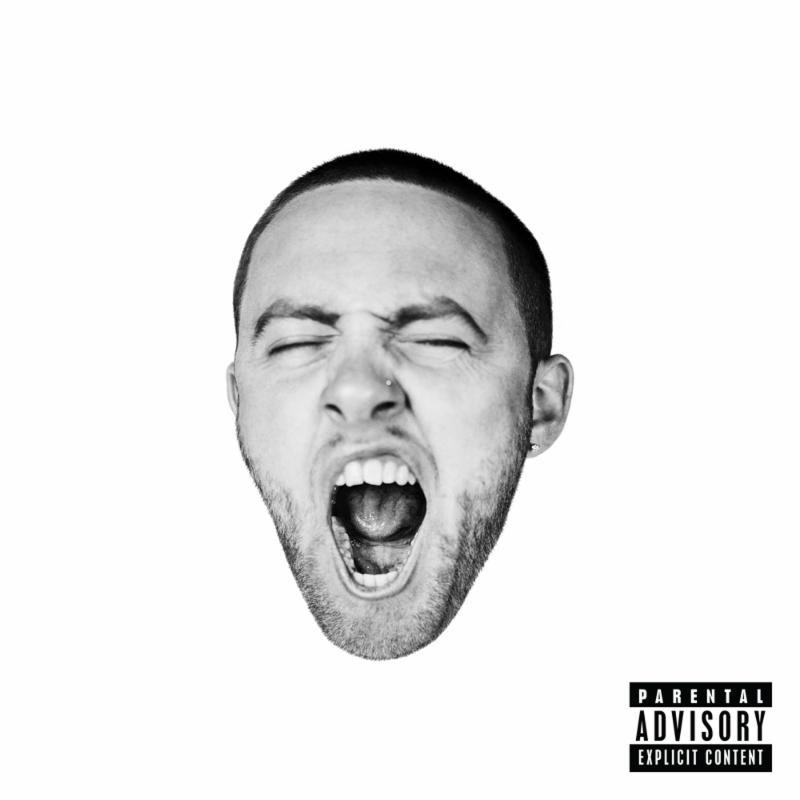 Mac Miller has won a lot of people over, roughly as many as he had in the first place. The Pittsburgh rapper was too young when he first got rich and famous. Credit is due; he tried. He seemed genuinely interested in hip-hop, a teenager who liked A Tribe Called Quest and Big L. But his music, while invigoratingly youthful at its best, was glaringly juvenile at worst. “You was Easy Mac with the cheesy raps,” jabbed battle rapper Loaded Lux during an interlude on Mac’s sophomore album, Watching Movies with the Sound Off. While it’s true he “killed the game like Jeffrey Dahmer did the ‘80s” (as he puts it on his new album’s Juicy J-featuring “Break the Law”), it didn’t exactly garner him lasting respect from the rap world at large.

Mac sounds like a rap star on his third album and major label debut, GO:OD AM, but one with a nonchalance more comparable to ASAP Rocky on At.Long.Last.ASAP or Rick Ross on Black Dollar than any cheap radio grabs that might be expected of him as a new Warner Bros. client. It’s been a journey for him to get to this point. His Blue Slide Park became the first independently distributed debut album to reach No. 1 on the Billboard 200 since 1995, but it didn’t fare well with critics; to say it got “bad reviews” doesn’t do it justice. Mac changed in a hurry, though, and his music is funnier, weirder, and altogether doper, especially when it sounds totally removed from commercial expectations (see Mac’s Quasimoto-like Delusional Thomas project). He works with left-of-center artists like Tyler, the Creator, Earl Sweatshirt, and Flying Lotus, and he’s starting to get the critical love that they do. Now, after 2013’s Watching Movies with the Sound Off and 2014’s even better Faces mixtape, he returns with GO:OD AM, configuring his sound into idiosyncratic but approachable shapes and keeping a sense of composure throughout.

If GO:OD AM looks unwieldy on paper, rest assured that everything comes together smoother than it seems like it should. Sure, it’s 70 minutes long and features well-executed but splattered guest appearances by everyone: TDE rapper Ab-Soul is a wordplay fiend on “Two Matches” (the sequel to Watching Movies with the Sound Off‘s “Matches”); Chief Keef spouts inventive patterns reminiscent of peak-era Gucci Mane on “Cut the Check”; Lil B offers spoken word wisdom on “Time Flies”; and Little Dragon’s Yukimi Nagano is to “The Festival” as Charli XCX was to Danny Brown’s album-closing “Float On”. But things hold together. Mac isn’t compelled to be the center of attention at all times. He has his beatmaking talents to show off in addition to his rapping, and with help from producers like Tyler, the Creator, ID Labs, Thundercat, and DJ Dahi, the beats here are things of beauty. With gleaming instrumentation, the album feels like a living, breathing thing. Gone are the thin, synthy beats Mac rapped over on his K.I.D.S. mixtape. If this album has one serious flaw, it’s that it gets too plush, overly saturated in its own aesthetic, resulting in an overlong run time. But it’s hard to blame Mac for wanting to get the most out of a contented headspace, considering the depression and drug addiction he’s been through since first rising to fame.

Mac has never lost his interest in rapping despite his transformations. On GO:OD AM, he’ll snap your neck with opening bars: “I wake up with the taste of pussy still in my mouth,” he begins on “Break the Law”. Once he gets settled, his lyrics are as involved as ever; he’s no longer just chilling on the couch, as he was back on “Senior Skip Day”, he’s “smoking weed at the crib, watching Belly now.” He’s increasingly animated in his delivery, too, not quite adjusting his voice like on Delusional Thomas or Watching Movies with the Sound Off, but still crackling with energy on songs like “Perfect Circle / God Speed”, “When in Rome”, and “Cut the Check”. Thematically, he balances the fruits of his labor (“I’m way too young to be this rich,” he brags on “Cut the Check”) with an optimism that he’s in a position to be a good dude and make sure his circle is happy (the premise of lead single “100 Grandkids” is that he wants to have enough money to take care of school bus-loads of grandchildren).

Beyond rapping, producing, and singing, Mac must see himself as a total package, and at 70 minutes long, GO:OD AM was always bound to have a lot of elements clashing for space. Somehow, it still feels balanced. It’s essentially an offbeat stoner rap album, but there’s still plenty of melody, in Mac’s own singing and the guest appearances from the likes of Miguel on “Weekend” and Nagano on “The Festival”, as well as in the EDM of “Jump” at the end of the album. Even better, the melodies flutter through the mix without having to be the crux of the entire song. That’s the lasting criticism of Mac’s early work: However good his intentions were, he still relied on corny hooks, like he was too hurried to get to the success he evidently craved. Singles sales shouldn’t matter much to him now, because with GO:OD AM, he’s accomplished the dense, complex work that plays out with remarkable clarity.

Essential Tracks: “Break the Law”, “When in Rome”, and “The Festival”