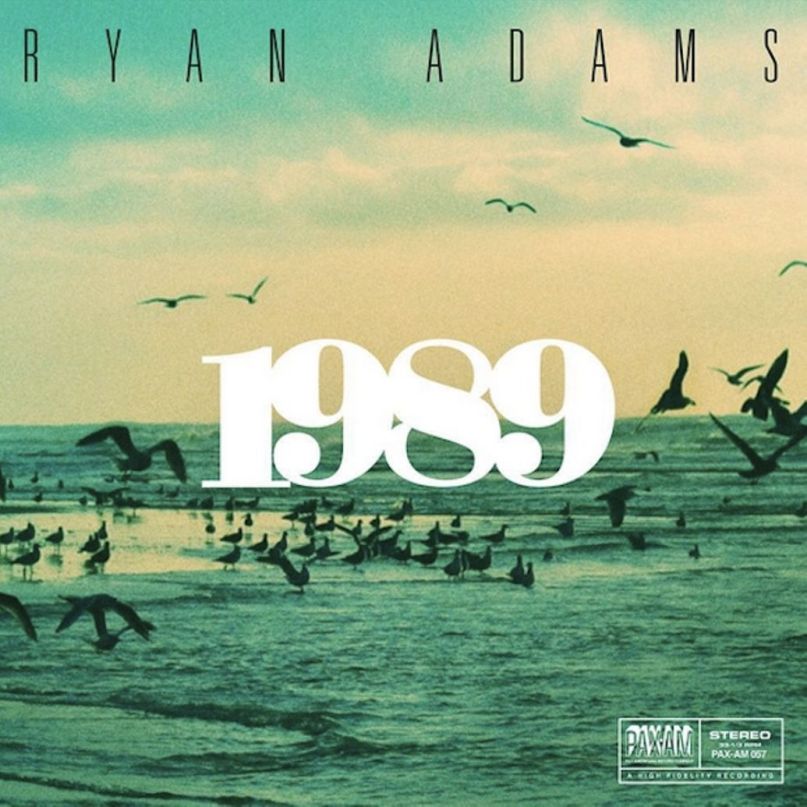 When Taylor Swift heralded 1989 as her “first documented official pop album,” Grantland‘s Steven Hyden scratched his head. “How is Swift’s previous album, 2012’s Red, not a pop record?” he wrote. Truer words, Steve. Truer words. But I’d argue that Swift’s pop sensibilities actually go much further back, all the way to her self-titled debut. There have always been country elements to Swift’s music, but Taylor Swift, Fearless, Speak Now, and, as Hyden pointed out, Red — while all great — aren’t exactly Loretta Lynn in their earthiness. There’s a reason Swift’s songs have pulverized all kinds of music-fan walls to dust. It’s the same reason why The Beatles and Michael Jackson were able to do the same thing: They’re all part of the same all-encompassing genre. That would be Pop with a humongous capital P.

Of course, Swift’s genius, even when she was 16, has forever been writing songs so fortified in their magnetism that they can be hammered into other genres without losing any of their appeal. Ryan Adams brought this up in a recent interview when discussing his decision to cover 1989 in its entirety. “When I played these songs on acoustic guitar,” he told Rolling Stone, “they sounded like all the other songs I knew of hers before. You can tell she built the record in the same way. She just re-contextualized them.”

When reading that quote, it’s understandable why so many critics have praised Adams for exposing how great Swift’s songs actually are, for stripping them down and supposedly revealing an emotional core in her writing that many believed wasn’t there. Understandable, yes. But also complete bullshit. Swift’s decision to imprison heartbreak in a disco ball (one that hangs at a roller rink, not an actual nightclub) is just as valid as Adams’ decision to dim down the glitz for his own emotional journey. Actually, reverse the order of that sentence — Swift’s record came first. The point is that both albums are cathartic, just from different perspectives. As a 40-year-old going through a divorce, Adams deals with heartbreak by holing up in his tour bus and reading. As a 25-year-old, Swift deals with heartbreak by moving to New York and dancing.

Incidentally, Adams did the exact same thing around Swift’s age when he uprooted his country beginnings, migrated from the south to NYC, and recorded Gold, the Poppiest thing he had written at that point. Like 1989, it was his fifth LP (if we’re counting his work with Whiskeytown) and also led off with a song that name-checked The Big Apple. It would have been easy for him to cover Swift’s “Welcome to New York” with the same lush arrangement he applied to his own “New York, New York” — all horns and congas and other bubbly sonics that enhance the excitement of being in a new city and fit the brightness of Swift’s lyrics. But instead, he goes more bare, with a lowered vocal key, a steady power pop clip in the vein of (let’s just get the comparison out of the way now) Tom Petty, and just a bit longer silence when those guitars drop out. “Blank Space” receives an even more minimalist treatment with nothing but fingerpicking and wispy harmonies to replace the candied production of Max Martin and Shellback.

But Adams’ reflection on Swift’s work goes far beyond just being downtrodden. His “Style” is even more upbeat than the original, trading out the (let’s just get this comparison out of the way now too) Drive soundtrack coolness for gnarled distortion. Also, I’m left wondering how downtrodden the more skeletal stuff like “Blank Space” and the newly waltzing “Out of the Woods” actually is. Though most of the tunes on 1989 are post-breakup songs, every one features a cautious sense of hope, and that doesn’t go away just because of a lower register, slower tempo, or rawer arrangement.

You could say that knowing the context of the covers — Adams has confirmed that the original 1989 was therapeutic for him while separating from Mandy Moore — is a requirement for them to transcend the realm of sad-bastardization in listeners’ ears. Then again, I don’t need the backstory to know that Adams is hurting and that Swift’s work is helping him through that. The honesty comes from the way his guitar intro bends “Bad Blood” from a rivalry in the music industry to a rivalry in a marriage; from the way his singing turns the chorus inward on “How You Get the Girl”; from the way the piano notes walk down a darkened staircase in “This Love”. If Swift’s 1989 was heartache buried in optimism, Adams’ is optimism buried in heartache. If he sounds more sullen and world-weary when singing about his regrets, that’s because he’s older and has more of them. But you never get the idea that all hope is lost, and that’s what makes his 1989 a world-class exercise in reinterpretation. He’s able to re-frame the songs around his own romantic turmoil while still staying true to Swift’s original vision.

The strongest example of this comes in his minor key take on 1989‘s most famous song. Seeing as Adams’ “Shake It Off” sounds like Bruce Springsteen’s “I’m On Fire” (pretend I’m the first critic to mention that, thanks), he doesn’t chirp “mm-mmm” or navigate the cheekily rapped bridge, but he does punctuate the interlude with a toy synth line to ensure there’s still some light at the end of the tunnel. He makes significant alterations elsewhere, too, especially in the form of gender pronouns. On “Blank Space”, for instance, Adams flips them to be from the guy’s perspective, and while it would have been cool to see him go the Stephen Malkmus route and keep the the “hes” and “shes” as they are, it seems he did it for a reason, if only to make it better reflect his own experience. He also doesn’t have a problem doing the opposite on “Wildest Dreams”, where he switches the pronouns in some places, but keeps them in others. Most notable of all, the “Say you’ll remember me/ Standing in a nice dress” chorus stays more or less intact (“a” becomes “your”), which could mean he’s jumping back and forth between viewpoints or simply alluding to wearing a dress himself (as he did to cover for Natalie Prass).

Either way, the refusal to stick to one gender only adds to 1989‘s ubiquitous strength, making it less an album applicable to specific male/female relationships and more about relationships in general. After all, both Swift and Adams are populists, and what’s more populist than romantic longing or a broken heart? We’ve all experienced one, if not both. Wildly different arrangements aside, the two artists’ thematic interests — and therefore the final statements of their respective albums — are the same. Even the seagulls on Adams’ cover, whose caws open his “Welcome to New York” and close a jangled reworking of “Clean”, come from Swift’s sweater. The image on his record sleeve might be a starker image of the birds, but when the camera zooms out, Swift is still the one wearing the shirt.

Essential Tracks: “Welcome to New York”, “Shake It Off”, and “Wildest Dreams”