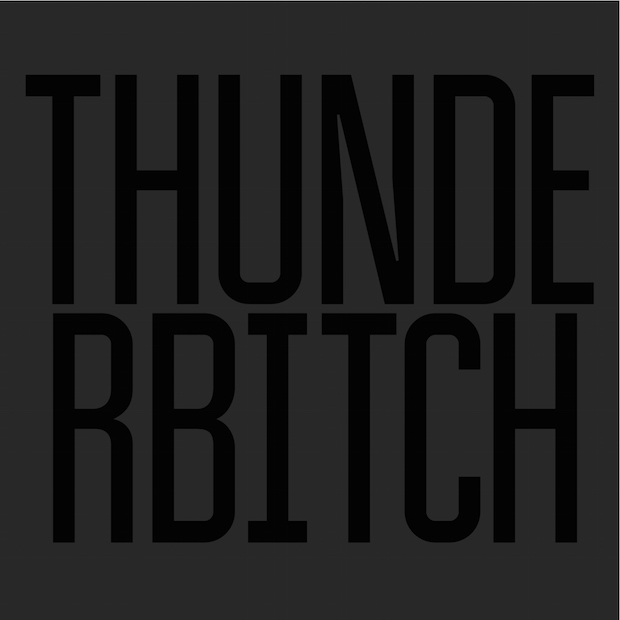 “I just wanted to rock and roll,” Brittany Howard repeats on “I Just Wanna Rock and Roll”. The Alabama Shakes frontwoman’s thesis for her side project, Thunderbitch, is pretty simple — and on the self-titled debut, she pulls it off. While her main band digs into the roots of soulful blues rock, Thunderbitch takes a stab at garage punk, though still filtered through a slight Southern burn, a la Turbo Fruits or PUJOL. “I just wanted to rock and roll/ And now I’m golden.”

Garage punk and rock have their formulas, and deviations from that standard-issue sound can make or break an album. Thunderbitch doesn’t stray too far from the center musically; the group, composed of members of Nashville-based projects Fly Golden Eagle and Clear Plastic Masks, make sure the guitars crunch, the bass drives, and the drums slap. The element that separates Thunderbitch from the massive tier of completely average garage bands, unsurprisingly, is Howard. While the Shakes have proven to be fairly adventurous in scope, it’s always been Howard’s flamboyant, grand presence at the front of the mix that elevates them from the pack.

The “members” heading on the outfit’s Facebook page lists “Thunderbitch” rather than Howard, and the promotional photos of Howard disguised in a leather jacket and dark shades support the idea that this is a full-fledged alter ego. She’s exploring another facet of her personality, separating it entirely from the Shakes. She’s a “Wild Child”, a parishioner in the church of Chuck Berry. There’s a song called “My Baby is My Guitar” about how her axe is all she needs. That said, no one is going to mistake that iconic voice for anyone else’s, and it’s not like she was a stranger to the guitar prior to this album.

The group has reportedly only played three total shows, all in Nashville, but the record suggests that this is a band ready to melt faces at the club. They know the tropes of the genre and how to exploit them: They crank the volume, they grit their teeth and swagger, they shift between sultry downtempo and rambunctious bursts at the drop of the hat. “Closer” has a bluesy strut reminiscent of Howard’s other band, while “Wild Child” cranks up to near-rockabilly chording. You could totally do the twist to “Eastside Party” and its clap-along rhythm. “Heavenly Feeling” burns itself up, drifting from a steady head-bang into crackling fractures.

“I ain’t never gonna take it off/ It’s gonna rot off my bones,” Howard shouts about her favorite piece of clothing on opener “Leather Jacket”. “Well I just wanna rock rock, baby,” she begins on the next track, the quick burst “I Don’t Care”. The lyrics are deliciously arch, hitting every cliche of the early rock days with a proud, knowing smirk. The strong performances and love for the subject matter keeps this on the side of pastiche rather than parody. Howard’s vocals are (as always) impressive, and she and Matt Menold of Clear Plastic Masks rip plenty of guitar riffs. The album is plenty of fun, even if its entirely unoriginal. Like a great house party, Thunderbitch is gone too quick, a little bit rowdy, and soundtracked by jams that facilitate a good time, even if they don’t demand much of your attention.