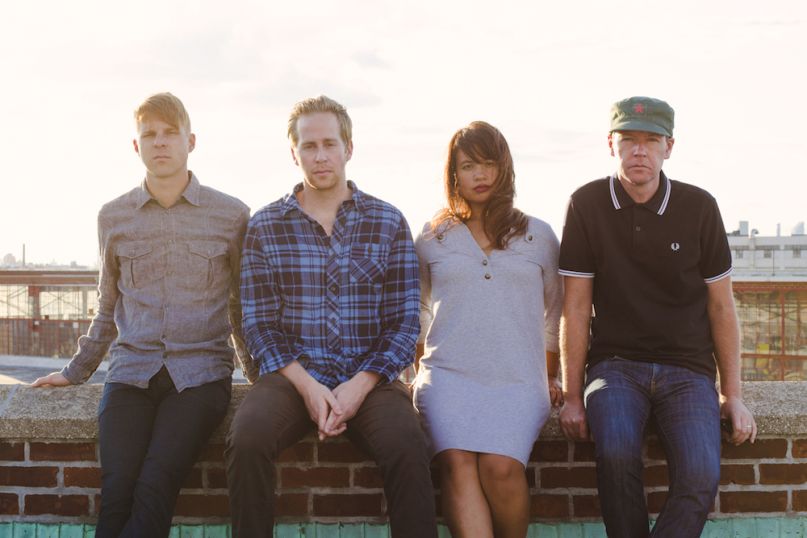 New York City is teeming with over eight million people and countless landmarks, but all it took was one recording studio in Bushwick to bring together co-founding members of Arc Waves, classical soprano Elaine Lachica and new wave guitarist Brandon Jaffe. Despite the chance encounter, the two struck up a musical chemistry, building on their mutual love for dreamy indie rock. The band was later rounded out with the rhythm section of Mike Hodges and William McCormack, and then officially realized with the release of last year’s self-titled EP, a four-track collection anchored by standout single “Half Dome”.

Now, almost exactly 12 months later, Arc Waves have returned with their first piece of new music in 2015 and first proper follow-up to the EP. Picking up where the band last left off on “Half Dome”, new song “Transmission” is a glowing tapestry of mesmeric vocals and shoegaze-y guitars.

“‘Transmission’ is about the energy and electricity we feel when we play our music for people,” the band explains to Consequence of Sound. It also exudes a distinct sense of urgency, much like the bustle of their Big Apple hometown.