Perhaps this is why they've already begun work on a new album? 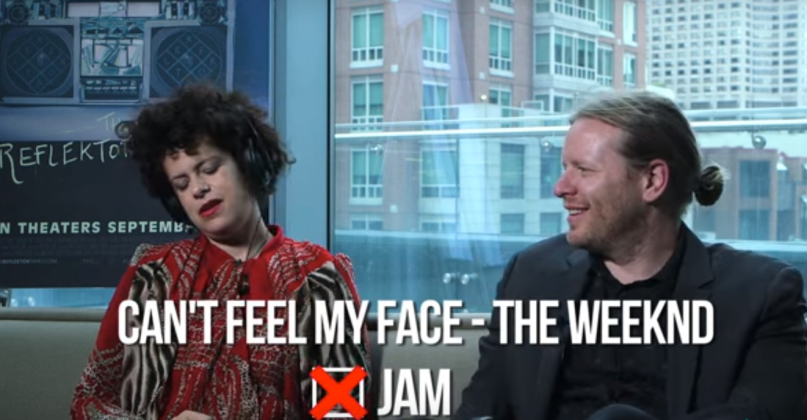 Arcade Fire members Win Butler, Régine Chassagne, and Tim Kingsbury were recently asked to share their thoughts on some of music’s big hit singles as part of a game called “Jam or Not Jam?” for CBC Music.

As for Butler, he actually enjoyed Justin Bieber’s collaboration with Skrillex and Diplo, “Where Are You Now”, but he may be biased. Watch below (via Pitchfork).

In related news, Arcade Fire have begun work on the follow-up to 2013’s Reflektor. In an interview with NME, Will Butler explained, “We’re all itching to play music together and start recording things. We’re basically in the demo and play together phase, and historically that’s led to realizing that, surprisingly, we’re 30 per cent into a record, so we’ll see if that happens.”

He added, “It’s a bit different this time because everyone’s older and fatter and lazier, so it might take longer, but we’re playing music together. Win and Regine got a place in New Orleans so I think we’ll spend some time there, because why wouldn’t you? But apart from that we’re in the old HQ. We’re not terribly good at schedules and luckily we’re in a position where no-one can ever tell us what to do, so it’s good.”

Update: In an interview with The Toronto Sun, Will Butler predicts the new album will drop in February 2017. “But that’s literally my prediction. That’s how many beans I think are in the jelly jar. I’ll bet the album will come out in February 2017.”