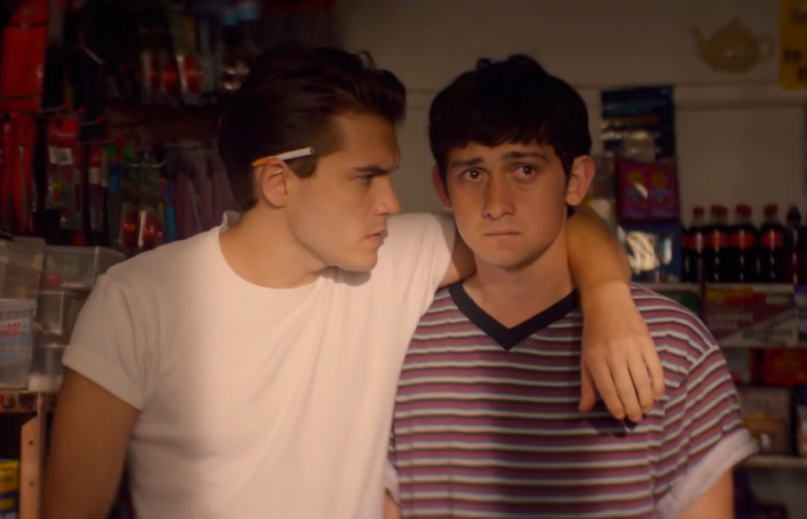 At just 24-years-old, Craig Roberts is wasting no time creating a diverse film career for himself. After breaking out in the coming-of-age film Submarine, the Welsh actor went on to have roles in big-name comedies like Neighbors and 22 Jump Street, and stars alongside Nicholas Hoult in the tense-looking Kill All Your Friends. Now, before he even hits his quarter-life crisis, Roberts can add writer/director to his resumé.

Just Jim premiered at this year’s South by Southwest, and will see a limited UK release on September 25th, with US showings coming in the fall. In addition to writing and directing the film, Roberts also stars as Jim, a 17-year-old boy who no one pays any attention to, a loner in his small Wales town. In a stroke of luck, an ultra-cool American named Dean, played by Emile Hirsch, moves in next door and decides to take Jim under his wing. He teaches him how to talk to girls, smoke cigarettes, and generally “man up.” But Dean hides a dark secret that may make Jim question whether popularity is worth the price.

Read the film’s official synopsis below.

Life sucks for Jim. His best friend Michael is now hanging with the cool kids and Jim’s only companion is his dog. He’s stuck in a small town where nothing ever exciting happens, until… Dean, a mysterious American moves in to the house next door. Dean is older, good looking and in Jim’s eyes the coolest guy he’s ever met. Jim can’t believe his luck. Dean offers him friendship, helps him win the girl of his dreams and he soon becomes the most popular boy in school. But when it turns out Dean is hiding a dark secret, Jim is forced to question if his newfound popularity is really worth it.