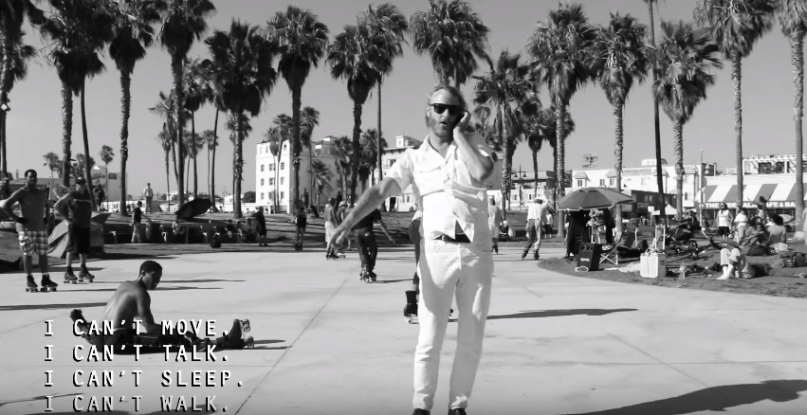 EL VY is the new collaborative project from Matt Berninger of The National and Brent Knopf of Menomena/Ramona Falls. 4AD will release the duo’s debut LP, Return to the Moon, on October 30th. Already, we’ve already heard the title track. Now, they’ve shared a second single in “I’m the Man to Be”.

“I’m the Man to Be” once again demonstrates Knopf’s knack for pert production, here held taught by a funky guitar line. As Berninger notes in a press release, the song originally contained a sample of Menomen’s “Wet and Rusting”, which ScHoolboy Q sampled himself for “There He Go”. “I thought it would be funny to re-sample the same sample,” he explains, “and do it from the perspective of a pathetic self-aggrandizing rocker alone in a hotel room. Something I know a lot about. That’s how it started, but then Brent took the sample out and we wrote an entirely new song.”

Berninger, meanwhile, delivers what may be his most nonsensical and humorous lyrics to date. “Can’t leave me up a crick all night,” he sings at one point. “Erin Brockovich is not my wife/ I’m such a baby I could totally cry/ My hands are so sticky and my belt’s too tight.” (“I don’t know if this song will make it easier or harder for EL VY to get a belt sponsorship,” joked Knopf.) And then there’s what’s possibly the greatest chorus of the year.

Check it out via the lyric video below.

Pre-orders for Return to the Moon are ongoing for both digital and physical formats. EL VY will be on tour later this year, and those dates can be found here.