A surreal clip in continued support of I Love You, Honeybear 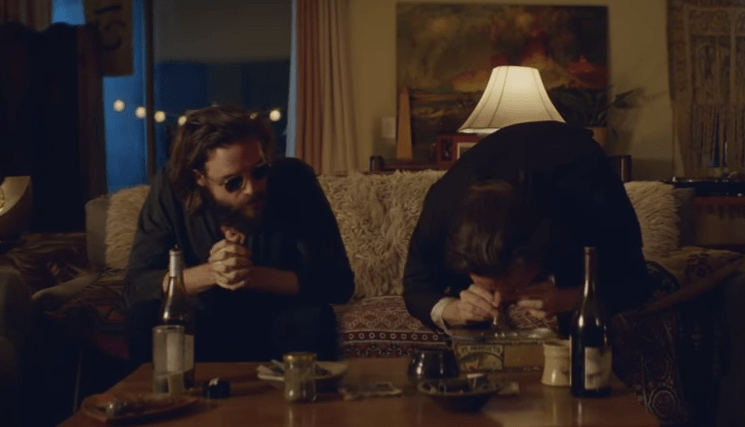 Father John Misty has unveiled a new music video for “The Night Josh Tillman Came to Our Apartment”, taken from his excellent new LP, I Love You, Honeybear. Directed by Drew Pearce, whose writing credits include Iron Man 3 and Mission Impossible: Rogue Nation, it finds the singer-songwriter striking up a romance with — wait for it — himself.

It’s no instance of double vision, but rather some kind of meta meet-up of two versions of FJM. Together, they take a dip in a pool, do drugs, and, in case you were wondering, yes, eventually swap some spit.

In a statement, FJM spoke about the clip, saying, “This video is partially inspired by the LeBron James quote ‘It is precisely the superficial differences between people who are otherwise alike that inform the hostilities between them.’ Special thanks to my body double Tyler who I had to kiss no fewer than two dozen times and whose breath I can still smell in my mind’s eye.”