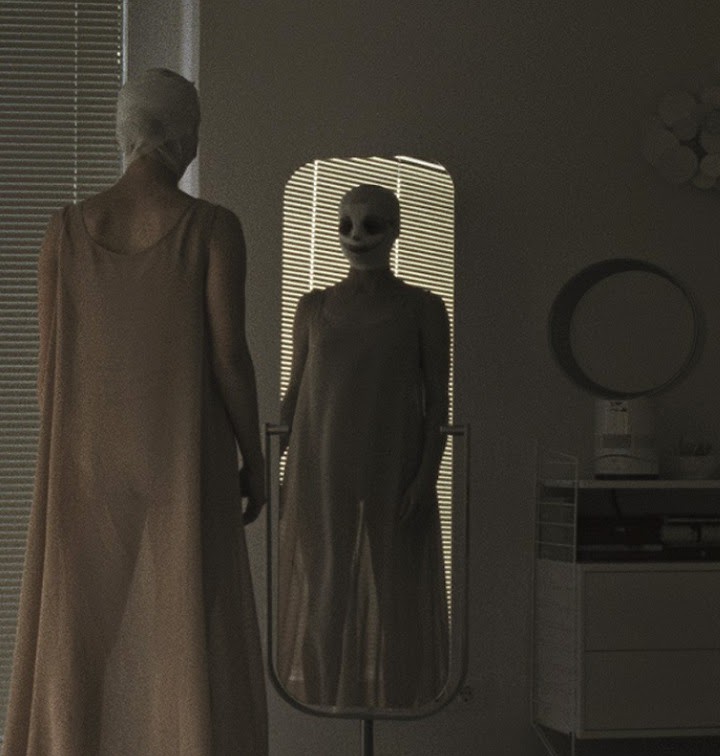 When you’ve figured out a twist four minutes into a movie, don’t give up on the filmmakers and the story they are trying to tell. There’s still a chance that an even greater twist is on its way, or that the twist you thought you solved isn’t actually there for the twisting. In Goodnight Mommy, a twist courtesy of German writers/directors Veronika Franz and Severin Fiala is so obvious, it’s hard to imagine it wasn’t offered up deliberately. Unfortunately as the film winds down, the big “reveal” is indeed the predictable one from minute-four, and by this point Goodnight Mommy has even more problems it cannot overcome.

Elias and Lukas (Elias Schwarz and Lukas Schwarz) are young twins living on a remote piece of land in Austria. They spend their days playing hide and seek in a nearby cornfield, lake, forest, and other places in their picturesque setting. Their mother (Susanne Wuest) has just returned home from plastic surgery with her face bandaged to the point where only her eyes and lips are visible. As the film moves ahead, the boys begin to suspect that all is not right with their recovering mother … if she’s even their mother at all. They soon realize that this “doppelganger” will never confess to who or what she really is, and that’s when things turn ugly for the family, and the audience.

Goodnight Mommy does look beautiful. Franz and Fiala take the psychological view of a descent into darkness and transpose it to their visuals. Characters slowly walk away from the safety of daylight and into a dark cave. They leave the natural light shining into their living room only to enter a darkened bedroom. Several scenes are performed in silhouette, backlit by half-closed blinds. Some mystery is established early on with blown-up pictures of humans in blurry photographs. Goodnight marks the first narrative feature for the filmmaking duo, whose work behind the lens needs no improvement. However, their reliance in a tired storytelling formula dooms them in the film’s second half.

Bad plotting and lazy “horror” is something that Franz and Fiala are unable to overcome. Reserved performances, effective bursts of screams, and a well-shot film does not equate to a well-made film, and the film is ultimately overwhelmed by cheap actions compensating for a lack of scares. In the end, Goodnight Mommy foregoes its potential as a simple psychological thriller in favor of simplistic psycho horror.