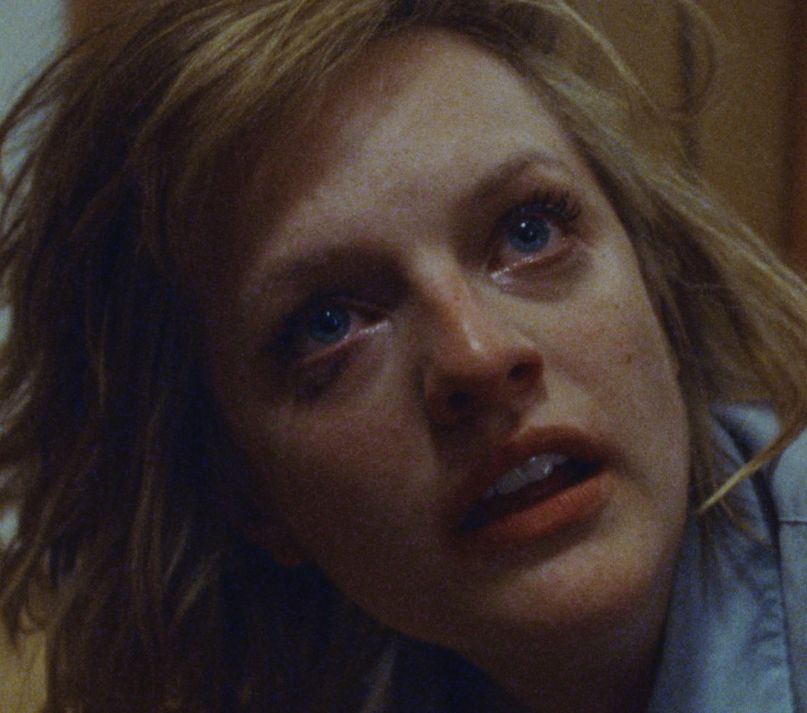 “Be careful in there. You never know…”

Queen of Earth has the power to make you feel. Whether that’s frightened, sympathetic, empathetic, fascinated, uncomfortable, or all of the above is up to the individual. Director Alex Ross Perry’s latest is a tale of a fractured friendship and fragile identity with an indisputable star turn from Elisabeth Moss (TV’s Mad Men). Moss’ future on the big screen (or On Demand) is just as bright as her character’s is hopelessly dark. Alongside Katherine Waterston (Inherent Vice), the two actors play around in a world filled with tension, dealing with broken hearts and death in a beautiful house on a beautiful lake. As the story unfolds, we learn that nothing about Queen of Earth is truly beautiful, but its ugliness is captivating.

Catherine (Moss) has been dumped by her boyfriend, who cites codependency and her inability to get over a recent event. She tries to escape her troubles by staying with Virginia (Waterston) at a lake house belonging to Virginia’s aunt and uncle. In the early going, we flashback to one year earlier in the same house, when it was Virginia who was depressed and Catherine who seemed to have it all together. It’s Perry showing us that everyone reacts differently to circumstance, no matter how similar. In the past, Virginia is moody and curt. In the present, Catherine displays these same traits, but becomes more unhinged as the film moves on at its slow, deliberate pace. Once next-door neighbor Rich (Patrick Fugit, galaxies away from his sweet and innocent role in Almost Famous) begins stopping by, things start to spiral out of control.

Perry’s insistence on tight shots during the most innocuous of scenes speaks to the story he’s trying to tell. These women can’t escape from their circumstance. Virginia feels an obligation as a friend to support Catherine, but it’s clear early on she doesn’t want to put up with her withdrawn behavior. Catherine is stuck inside her own body, a depressed figure who can’t stop insisting that her face hurts, despite several doctors saying there’s nothing wrong. The crinkling of a potato chip bag may as well be nails on the chalkboard to her.

One of the most telling moments in the film is soundtracked by the low hum of a ceiling fan, with the two friends speaking of their troubles to one another. There are no cuts. They don’t look at each other. The camera slowly focuses on each of them, and if one isn’t speaking it’s clear they’re not listening — lost in their own world and memories. Virginia’s astute “You can get out of someone else’s cycle, but you can’t get out of your own” becomes Queen of Earth’s grand statement.

Waterston proves once more that she’s an actor on the rise, but not enough can be said about Moss. The movie’s a two-hander for the most part, but it’s Moss’ showcase in the end. A plot about someone losing their mind isn’t a groundbreaking moment in time. If there is a negative to the film’s story, it’s that we’ve seen this base idea in movies from Polanski (Repulsion), Bergman (Hour of the Wolf), and Kubrick (Full Metal Jacket), but Queen of Earth has much more to do with depression and where that road can lead. Catherine’s sadness is overwhelming, something not even a masterfully shot party sequence can overshadow.

Catherine can’t sleep. A bowl of salad remains untouched on her bedside dresser. She wants to stay in bed. She’s paranoid that she’s a hindrance. These are serious symptoms people face every day, further complicated by recent events in her life. Perry approaches the subject with a goal to discover just what it would take to push someone over the edge, to feel so much in a world that couldn’t be bothered. “Everything feels so close to me,” Catherine laments. “The good and the bad.”

Queen of Earth is an unnerving, intense experience, but you can’t turn away from Elisabeth Moss. Perry’s 180 from last year’s comedy-drama Listen Up Philip is complete before the first minute of the film runs to the second. It’s a tight shot of Moss with a tear-stained face and running mascara. She’s simply exhausted. From the opening all the way to the film’s finale, she transcends performance and becomes outright convincing. Catherine is broken. You can feel it.