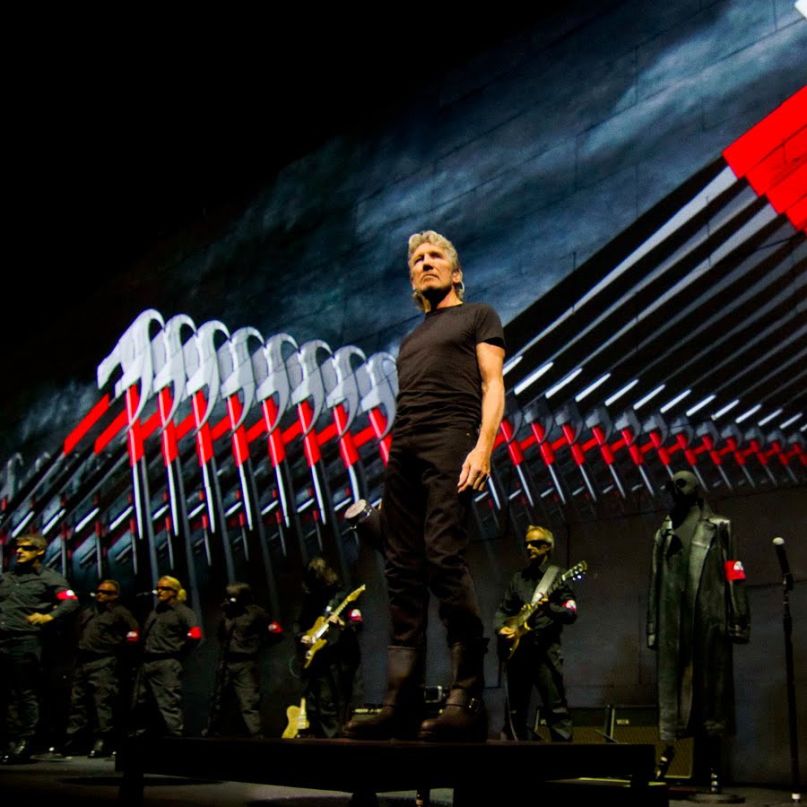 In terms of film adaptations of the 1979 Pink Floyd album The Wall, the 1982 Alan Parker-directed psychedelic classic already has things on lockdown for fans of the band. Singer and lyricist Roger Waters wrote the screenplay for it, in which the protagonist, literally named Floyd “Pink” Pinkerton, loses his mind for a variety of reasons (he’s a rock star, his father died when he was young, his mother was overbearing, kids were cruel to him at school, his wife cheats on him) resulting in the construction of a literal and metaphorical wall that shuts him away from the outside world, until eventually realizing the wall must come down.

While Pink Floyd did tour the album on its release, it wasn’t until long after the band had disintegrated that Roger Waters trucked the record around the globe, with 2010-2013 seeing The Wall become the most viewed concert tour by a solo artist ever, reaching more than four million fans worldwide. Thus the new film, Roger Waters The Wall, written and directed by both Waters and Sean Evans, functions partly as a commemoration of this tour, aware that the original film has already fictionalized the content, and instead focuses on the towering live presentation of Waters’ performance.

And towering isn’t even an exaggeration. The stadium spectacle that Waters toured is given the cinematic treatment it deserves, with a big digital screen and theater speakers necessary for the scale of the production to achieve its overwhelming intent. Though the idea of a concert film is nothing new, this version of The Wall finds all aspects covered, whether it’s viewing the creation and demolition of the show’s literal wall from the audience’s perspective, going behind the scenes on the production from the view of the band and crew members, or showing the reactions of crowds singing along and overwhelmed with emotion during the set’s most resonant moments, like “Hey You” and “Comfortably Numb”.

Maybe the best trick the film has up its sleeve is in making the footage feel like both a singular show while still representing the touring nature of the event. During “Another Brick in the Wall (Part 2)”, children are employed to dance on stage, and through edits, its shown that not only are the children different from stop to stop, but their skin tones and dance styles shift to adequately reflect the culture that Waters is currently performing in. It’s a subtle detail, but one that grasps the scope of the international tour.

But where the concert film aspect of Roger Waters The Wall soars, the real risk is in what separates the music. Intertwined between two- and three-song runs are scenes of Waters traveling the European countryside to visit the resting places of both his grandfather and his father, both early victims as soldiers in the 1st and 2nd World War, respectively. These scenes occupy a worrisome space between documentary and drama, with Waters and his family playing themselves in scenes that are very clearly staged, the cinematography beautifully shot and planned-out to edit seamlessly back and forth with the live concert footage. It seems like a recipe for disaster, relying on Waters to sell planned moments as authentic emotional experiences and putting all the film’s faith in Waters as an actor — yet, against all odds, it works.

While some moments, like Waters reading a book passage at the grave of his grandfather, come across as heavy-handed, others, like when he tearfully reads a letter sent to his mother concerning the death of his father, ring both honest and brave. Even better is a trip to a French bar where Waters proceeds to take tequila shots and recount his father’s war death to a worried bartender that can’t speak English. Waters is content to simply talk to anyone, regardless of whether or not he is comprehended. It’s here that the overarching theme of The Wall, that war is cruel and it unnecessarily deprives generations of mothers and fathers, is served up bold, italic, and underlined. Still, finding out the origins of Waters’ connection to the subject winds up being worth the risk.

Because, how can you fault Rogers for being brazen with The Wall as material? It was already a double-LP concept album. It was already seen as a dramatic film adaptation with extended animation sequences. It has already been turned into one of the most successful and grand concert spectacles ever created. As such, Roger Waters The Wall ends up being just another brick in the source material’s audacious history, of which Waters should be trusted to continue finding success at telling.