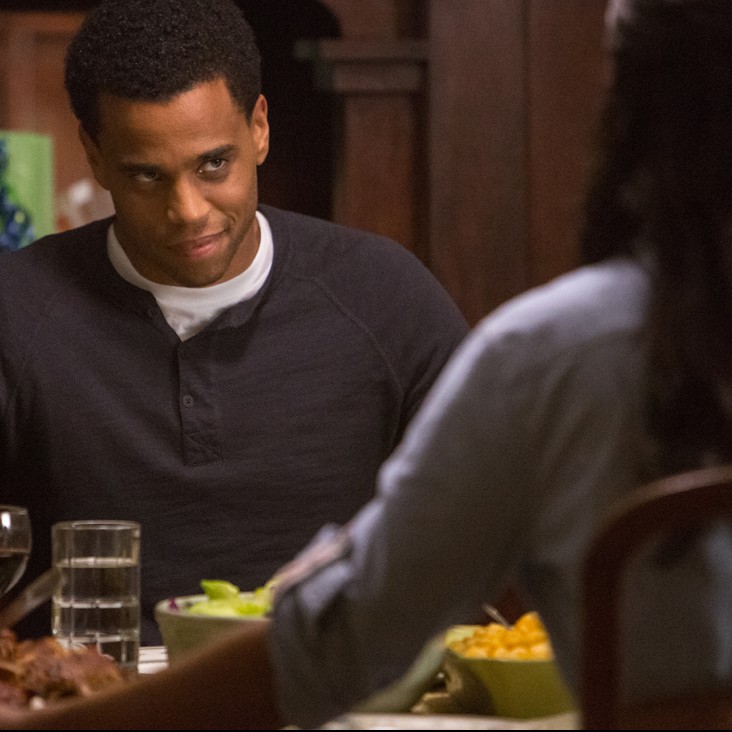 You guys remember The Boy Next Door? You know the one, that nutso, but kind of maligned domestic thriller?

Anyway, the best that could be said of The Perfect Guy is that it makes The Boy Next Door look like a masterpiece. Same premises, basically. One woman’s post-relationship fling begets devastating results as scorned men lash out in hot-headed, highly dramatic, and dangerous ways.

But last January’s Jennifer Lopez vehicle was so much more fun than the newly opening The Perfect Guy, a perfectly blasé fall thriller. In 2015, if you’re going to make a house and garden chiller, you have to either ace your storytelling, and ratchet tension, or, you have to go well beyond reason and screw with your audience as to leave them gob-smacked. The Boy Next Door’s inept shock moments allowed camp status to be bestowed on that film and it made for compulsive popcorn watching. J. Lo was embarrassingly teaching The Odyssey (“and its themes”) to high school, and that movie’s teen villain practically had staring contests with the camera. That movie elicited a certain trashy tittering, a distinction The Perfect Guy could have gained from.

Too bargain-basic to garner goosebumps, too modest to actually get freaky with it, The Perfect Guy’s a snoozer.

Sanaa Lathan is Leah Vaughn, the victim of this film. She’s a 30-something lobbyist, looking for love in Los Angeles. She wants the marriage, the 2.5 kids, and the barren and trendily decorated house with huge windows. But her beau, Dave King (Morris Chestnut), ain’t having that. Dave’s not ready, he’s just seen too many divorces and failed relationships in his family. Screw couples’ therapy or actually talking to each other in full, the relationship is over Leah weakly declares.

Enter Carter (Michael Ealy), a bug-eyed, straight-faced, handsome, uh, computer securities (read: total giveaway to techno stalking capabilities) gentleman caller that’s all over Leah. Honestly, if being perfect is comprised of being socially inept and possessing an all-too-guilty smile, then allow me to dance in inferiority. The guy’s totally up to no good, and primed to pop. In basic casting terms, of course he’s a bad dude. Ealy’s got this skinny frame and hushed voice, and come on, Carter’s head is always down with his eyes looking up. Gary Oldman once described that as the obvious, but ideal bad guy look. Ealy always looks like that here. You’re supposed to wait to use that look for dramatic purposes, right?

So when Carter pounds a guy at a gas station out of jealous rage (dude just wanted to look at Carter’s Dodge Charger, not hit on Leah), it comes as no surprise at all. Leah dumps Carter, and Carter malfunctions. At this point, the film aggravates Carter’s madness, ranging from stock actions (sweaty push ups, scowls, notes on Leah’s car, excessive phone calls, lingering outside her house), to curious but badly staged ones (sucking on Leah’s toothbrush, stealing her cat, too).

Clearly, being a securities expert affords Carter the time and resources to lurk on an ex-lover in this fashion all day. The Perfect Guy is one of those thrillers where logical concerns impede on the ability to enjoy anything happening, because the story itself never arouses enough concern or care. Leah’s a businesswoman with little characteristics beyond working too hard and being terrified. Carter is a wolf in sheep’s clothing, predictably presented. Dave? Oh who cares?

They’re duds, all of them in service of a misfiring movie; one basically scripted, murkily filmed jolt movie. The film escalates very much like you expect, and it leaves you asking everyone involved why they couldn’t come up with something, anything, that couldn’t be brushed off as stock. A competent thriller is one thing, but The Perfect Guy just can’t get over its own mediocrities, which is kind of criminal now. It’s something when murder and sex can’t arouse something. Nothing’s shocking here.

Where’s the mania? Where’s the tension? Where’s the goddamn “holy crap!” moment in The Perfect Guy? Where’s Alex jumping out of the bathtub in Fatal Attraction, or the pulp extremity of The Guest? Sadly, there’s nothing like that in this flawed and limited PG-13 film. Perfect Guy? Hardly.