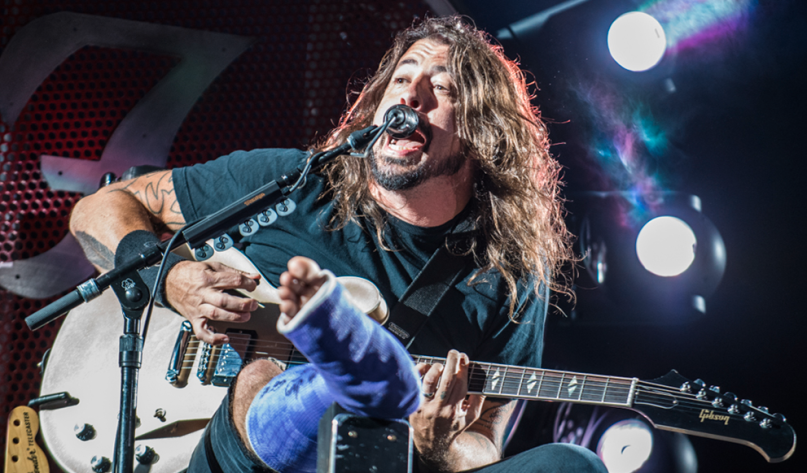 Foo Fighters paid homage to two great bands with the stroke of one great song during their gig in Edinburgh, Scotland on Tuesday night. As Dave Grohl was announcing each member of the Foos, guitarist Pat Smear jumped into an impromptu rendition of The Vaselines’ “Molly’s Lips”. The rest of the band enthusiastically followed suit.

As members of Nirvana, Grohl and Smear covered “Molly’s Lips” frequently in concert, and also tracked it to record for a 1991 split single. So does this make Foo Fighters’ performance a cover of a cover? Whatever the case, it sounded pretty kick ass.