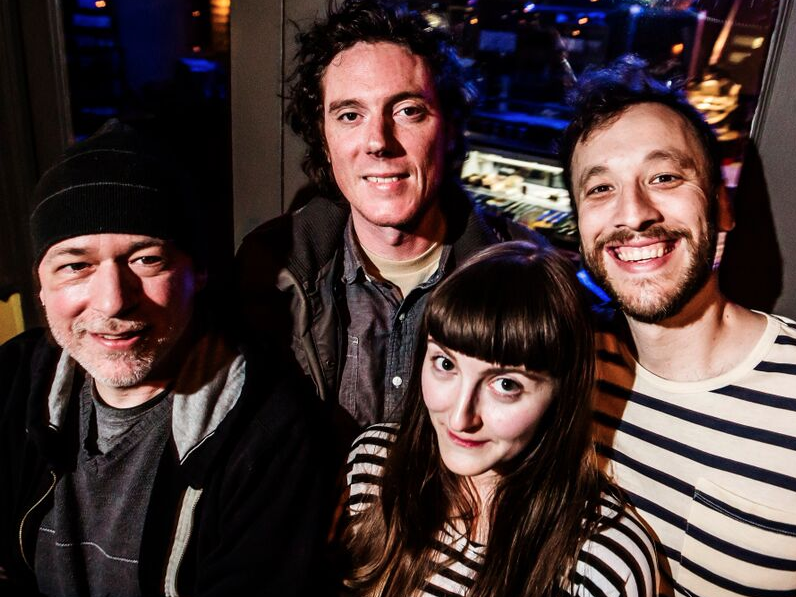 Helvetia, the project of Swiss songwriter Jason Albertini, has become a conglomeration of his past and present bands. After leaving his drumming gig with Duster, he founded Helvetia as a solo endeavor with a rotating tour lineup, and befriended Built to Spill while on tour with the Boise indie rockers. After frequent tours together and working as their roadie, Albertini outright joined Built To Spill in 2012 as their bassist.

After nearly a decade of performing as Helvetia, Albertini has solidified a lineup that includes Duster’s Dove Amber and Built to Spill’s Jim Roth, among others. Together, the group recorded the follow-up to 2012’s melodic and chaotic Nothing in Rambling, Dromomania, due out October 2nd via Joyful Noise. Ahead of the release, the band has shared the new single “Crumbs Like Saucers”.

Opening with vocal drones and the clicking of tape, the song eases into a moody darkness. An acoustic guitar plucks along before being joined by a dissonant electric guitar line. Albertini’s voice crawls above the sparse instrumentation, succumbing to the bleakness of the song as he sings low, “Up the road is a different kind/ It do whatever he wants/ Ain’t nothing really work like that/ He gets up on the sun.” It’s a magnificent blend of haunting and stirring, playing up to Albertini’s minimalist strengths with a little help from his friends.

Helvetia will hit the road with Albertini’s other band, Built to Spill, later this fall. Find their full itinerary below.