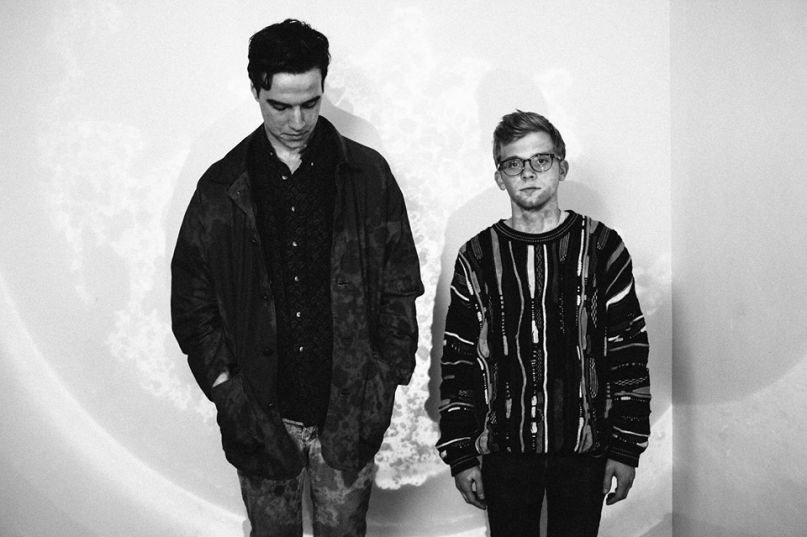 On their first day of college in Nashville, Gusti Escalante and Robbie Jackson bonded over a reluctance to being caught in the clutch of the city’s glossy pop-country crowd. Instead, they found sanctuary in the likes of David Bowie, Echo and the Bunnymen, and Jesus and the Mary Chain. Little did they know that these shared interests would not only lead to a lasting friendship, but the birth of their own band, Keeps.

Together, they’ve held fast to their admiration of ’80s dream pop, while also incorporating the kind of pastoral Americana that’s pulled from Music City’s yesteryear. Keeps’ efforts will become fully realized on Brief Spirit, the band’s full-length debut, due out in February 2016 through Old Flame Records (home to the likes of Lost Boy? and Potty Mouth).

While the LP is still a few months down the road, the two-piece has offered a preview in “I Don’t Mind”, a track wherein the gossamer meets the twangy. With rolling guitar lines and a floating synth, two bygone eras of different genres fuse to make one modern, gosh darn enchanting sound. Think a dream pop Dawes, and you’re on your way to the sound of Keeps. Listen in below.

Keeps will embark on a US tour starting next week with Lighthouse and the Whaler. Check those dates below.

* = w/ Lighthouse and the Whaler