7-inch single will also include a rare acoustic track "Sappy" 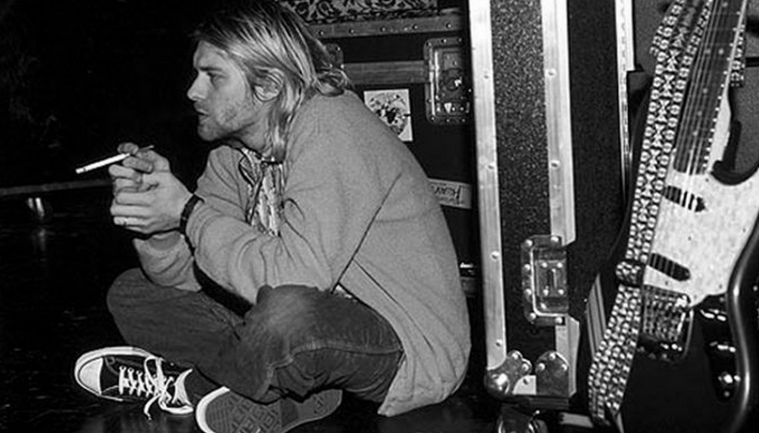 Brett Morgen uncovered a great amount of previously unheard Kurt Cobain material while researching his stellar documentary, Montage of Heck. One such song was the late Nirvana frontman’s raw, acoustic take on The Beatles’ “And I Love Her”, a surprise find considering Cobain’s stated dislike for Paul McCartney, who wrote the track.

Previously unknown to exist, Morgen found the recording on a random tape, and included it in his film. Now, Cobain’s haunting version will be officially released as a 7-inch vinyl single b/w his own rarity, “Sappy”.

The news of the release comes from a Vinyl Collector forum post linking to a pre-order page, as Stereogum notes. It’s priced at $10.98 with a November 20th release date. That’s a full two weeks after the scheduled drop date for the Montage of Heck  companion album, a collection of rare and unreleased Cobain solo material culled from the hours of music Morgen unearthed. It’s unknown if “And I Love Her” will also appear on that record, as the tracklist has not yet been revealed.

“[It’s] curated to feel as though one were sitting in Kurt’s living room watching him create over the course of an afternoon,” Morgen previously told Billboard about the November 6th LP. He added that the songs range “from thrash to ragtime and everything in between.”

Below, revisit Cobain’s take on “And I Love Her”.