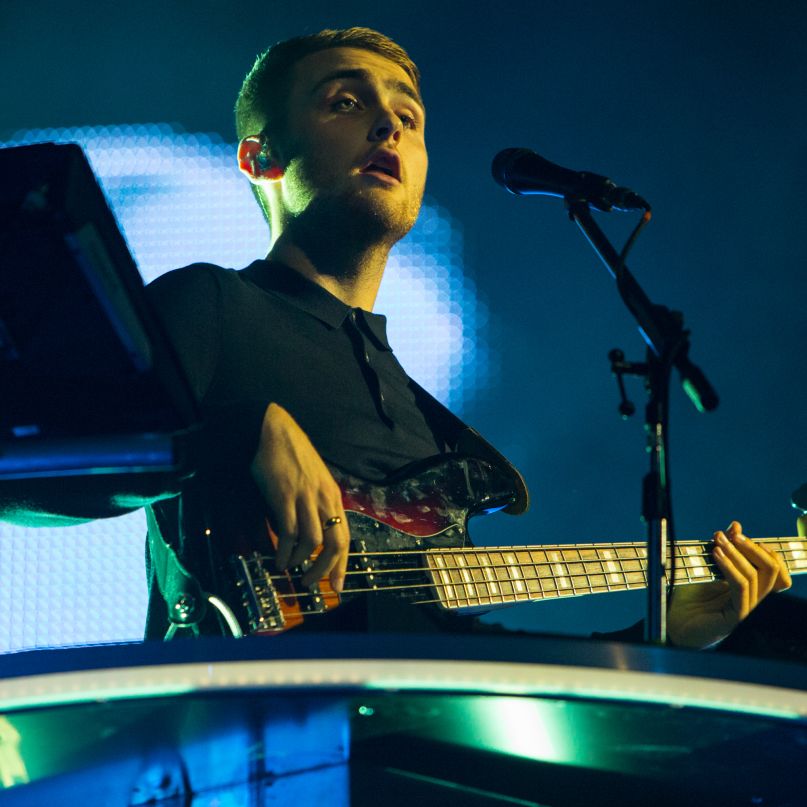 “This is our first ever arena concert,” Disclosure’s Guy Lawrence announced early on during the duo’s tour kickoff concert at the Los Angeles Sports Arena on Tuesday night, a fact that the brothers decided to wear proudly throughout their 90-minute performance. How proudly? Well, they decided to share the event with anyone who wanted to see it, streaming the concert on American Express’ Unstaged series, essentially giving themselves no net for their arena debut.

To the casual fan, this may not seem risky, but declaring yourself an arena band or arena artist comes with a whole new set of responsibilities. Arenas require spectacle; they require presentation outside the box. People go to arena concerts to see something special, not just to relive past tours on a bigger stage. And in their first attempt to become an arena artist, Disclosure seemed ready and able to take on the challenge.

With a setlist that balanced old and new, including opening with two well-known Settle tracks, “White Noise” and “F for You”, the brothers Lawrence are already well versed in how to build a show. And of the new songs from their just released Caracal, a good portion of them, including the Lorde-featuring “Magnets”, the Weeknd-voiced “Nocturnal”, and the album’s lead single, “Holding On”, were all well-known among the audience, making the act of selling just-released songs all the easier.

As for the visual spectacle, the projections and light show were on point, featuring the brothers as stars more than a typical electronic artist, with the Lawrences illuminated to highlight the fact that they were playing instruments and singing some of the vocal hooks. And at least for the first half of the show, Disclosure were more a band than producers, with the arena atmosphere resembling that of a rock concert more than a giant dance party.

But the evening’s strongest moments came later in the set, particularly the transition between two of the group’s heaviest dance tracks, the standalone single “Bang That” and the Settle favorite “When a Fire Starts to Burn”. Both songs build and drop in ways that suit massive gatherings, making the arena atmosphere feel like it was being used to its full potential. And with the crowd amped up, the night would finish with a series of guests. Both Lion Babe and Brendan Reilly were well received, but during the encore, when Disclosure revealed guest Sam Smith, the Los Angeles arena reached a fever pitch, cell phone signals went from bad to non-existent, and fans could be seen jumping the barricade from the seats to the floor.

Sam Smith and Disclosure’s careers will forever be tied together, with each having a claim on the success of the other. Together, performing both their new song, “Omen”, and their massive hit “Latch”, they allowed Disclosure’s arena debut to become the larger-than-life moment that it deserved to be. Whether the duo is able to maintain this kind of showmanship throughout the tour remains to be seen, but even without Smith, Disclosure proved ready for the large stages and armed with the songs and presentation to impress on the biggest of scales.