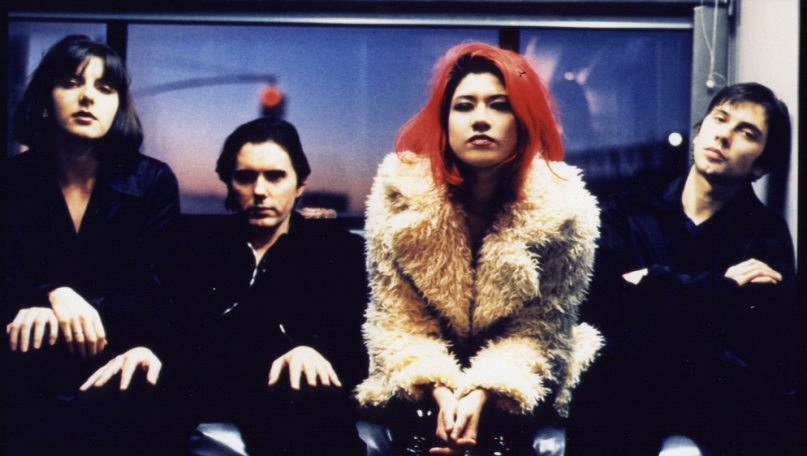 Dream pop outfit Lush will reunite after two decades. The band has confirmed a performance at the London Roundhouse for May 6th, 2016, marking their first concert since September 1996.

“The opportunities and practicalities of reforming Lush meant that for 20 years it was an impossible undertaking,” guitarist Miki Berenyi says in a statement. “But we all loved what we did, and the time is finally right for us to do it again.”

Lush have long entertained the idea of getting back together, but as singer-guitarist Emma Anderson discussed in a 2012 interview with Consequence of Sound, day jobs, family life, and the lack of appealing offers prevented a reunion from becoming a reality.

“We looked into it. There was nothing booked at all. There were no contracts. Coachella did not like Lush, I can tell you that now, so that is why we’ve never been on Coachella. They don’t like the band. We found that out after the third agent we had on-board. We had three agents on board looking into us performing. It just didn’t make sense to do it, financially, because we’ve all got kids now and jobs. The last time we looked into it…no, actually the second to last time, I was in a very high pressure job where I would have had to just take my holidays and weekends, and I just can’t do this.

“This would have to pay so much money that I would be able to leave the job, basically. We did look into it, though, I’m not going to keep that secret. We have looked into it on more than one occasion, and unfortunately, the offers from promoters were just not good enough to justify doing it. If we were sitting here living on thousands of pounds worth of royalties, or we’d all won the lottery, then yes, we could do it for a laugh, or the enjoyment factor. But when you’ve got jobs and children, it has to be worth it. And the rehearsing itself, after not playing these songs for God knows how many years would take quite a long time to get up to speed.”

According to a press release, further worldwide shows will be announced soon. Justin Welch, formerly of Elastica, will be playing drums for the live performances.

Update – Tuesday, November 10th: Lush have scheduled their first US performance for September 14th, 2016 at Terminal 5 in New York City.

Additionally, 4AD is releasing a vinyl reissue of Ciao! Best of Lush worldwide on November 27th, followed by a limited edition box set titled Chorus at the beginning of December. The box is a five-disc set, comprising the early compilation Gala (1990); their three studio albums Spooky (1992), Split (1994) and Lovelife (1996); and the B-sides collection Topolino (the Canadian version, also 1996); plus an array of rarities (B-sides, radio sessions, remixes and demos, some previously unreleased). The artwork for the boxset is by Chris Bigg, who, alongside design chief Vaughan Oliver, was responsible for the iconic 4AD covers in the ’90s.

Watch the band’s video for “For Love”: