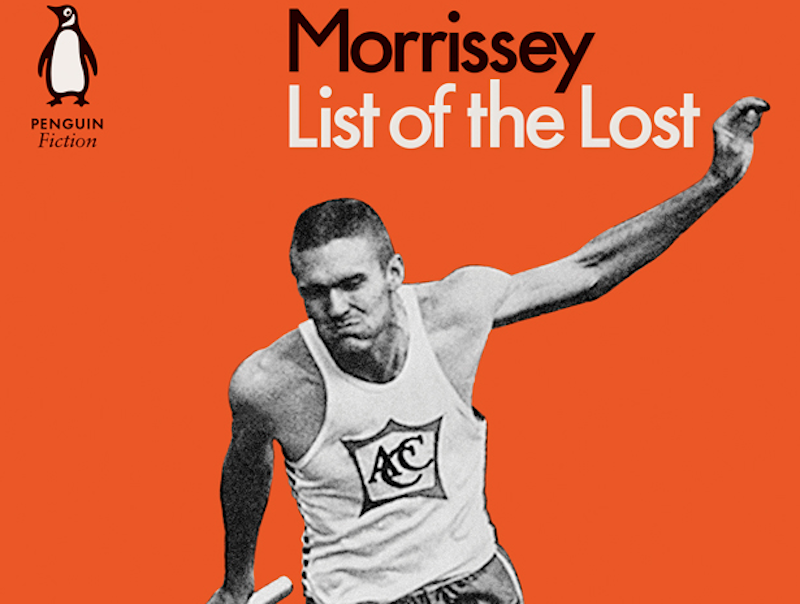 Morrissey may be retiring from music and touring, so there’s a chance he’s hoping to fall back on his career as an author. His debut novel, List of the Lost, hits shelves in UK, Ireland, Australia, India, New Zealand, and South Africa on Thursday, September 24th via Penguin Books. From the looks of the plot description, Moz is either going to be one of the most inventive and revolutionary writers of the 21st century, or completely broke in short order.

Writing on his official fansite True To You, Morrissey revealed the plot details for the tome nearly two years in the works. In the best summary I can possibly muster, the story revolves around a relay running team in the 1970s who accidentally kill a poor miscreant who turns out to be an incorporeal demon who curses each of the four main characters. Yep.

“The theme is demonology … the left-handed path of black magic. It is about a sports relay team in 1970s America who accidentally kill a wretch who, in esoteric language, might be known as a Fetch … a discarnate entity in physical form. He appears, though, as an omen of the immediate deaths of each member of the relay team. He is a life force of a devil incarnate, yet in his astral shell he is one phase removed from life. The wretch begins a banishing ritual of the four main characters, and therefore his own death at the beginning of the book is illusory.”

Yeah, that’s pretty much what I just said, only with a touch more “what?!” to it. I have so many questions. Why the 1970s? How does the team “accidentally” kill this thing, and does it involve improper use of their batons? Did he just throw a dart at a board covered with random Olympic events and hit relay team?

There’s no word on when List of the Lost will see a US release, but personally, I’m just going to wait for the film adaptation.