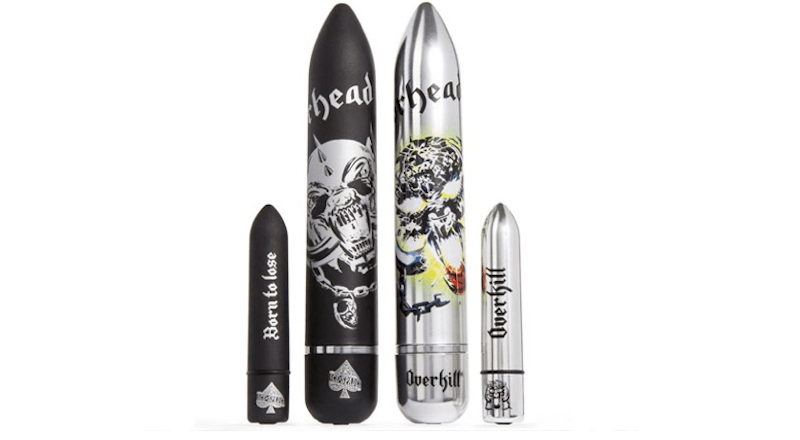 For all those ladies feeling a bit down about Mötorhead’s recent string of canceled tour dates, the band now has something to get you stimulated again. Lemmy and his crew of metal icons have teamed with sex toy producers Lovehoney to release their own line of branded vibrators.

Designed and named after the band’s 1979 Overkill and 1980 Ace of Spades albums, the line comes in both bullet and classic torpedo-shaped vibrating variations. Dubbed The Official Pleasure Collection, Lovehoney touts the toys as “the loudest buzz in the world,” which may not be what everyone wants when having a little alone time. Then again, metal music isn’t for everyone, either. Regardless, PR promises the line “delivers the sort of power and pleasure you’d expect from the ‘loudest band on Earth.'”

“We designed these classic vibes for both fans of Motörhead and rock lovers, as well as those who just want a cool looking toy to add to their collection,” said Lovehoney’s Co-founder Neal Slateford. “The range captures the rock and roll lifestyle of the band perfectly, and offers a unique counterpoint to the traditionally pink and purple toys that currently dominate the market.”