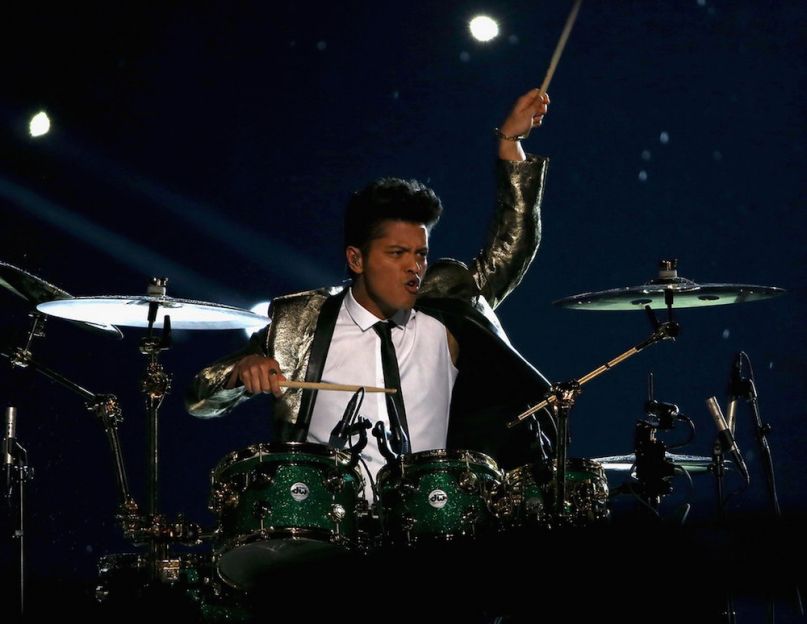 This past February, Katy Perry rode the “More You Know” rainbow off into the skies and Left Shark danced its way into America’s hearts. Despite all the hubbub, though, the NFL is eyeing a different artist for next year’s Super Bowl Halftime Show. According to sources in the know (via Entertainment Weekly), they’re looking to bring back 2013’s showman extraordinaire, Bruno Mars, for Super Bowl 50.

Up until Perry’s incredible, record-breaking set earlier this year, Mars’ halftime gig was the most viewed of all time. In fact, more people tuned in to the “Uptown Funk” pop singer’s headlining performance than the actual game itself (115.3 million vs. 111.5 million, respectively). Not even Flea’s literally phoned-in bass work could keep folks from watching.

Billboard also notes that Mars has reportedly been asked to “curate” the show.

As of now, the crooner has yet to comment on any of these rumors. Seeing as how I’ve been listening to a lot of Unorthodox Jukebox lately, consider me 100% down with all of this.