Plus, the Georgia wunderkind maps out a US tour in support of his new album 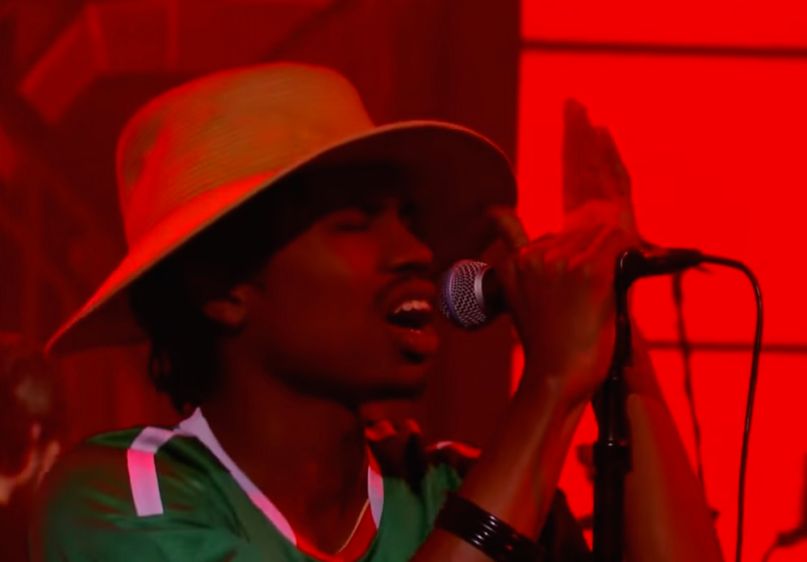 Atlanta prodigy Raury has a new album, All We Need, slated to hit stores on October 16th. To promote the record, he stopped by The Late Show with Stephen Colbert to rattle off a spirited rendition of his “Devil’s Whisper” single, complete with uplifting backup vocalists.

Along with the music, his choice of outfit turned heads: The 19-year-old sported a green Mexico soccer jersey with the name “Trump” crossed out with a huge X — no doubt a diss to the (ugh) presidential hopeful who just so happened to be one of Colbert’s other guests that night. Genius. Later, Raury talked about his wardrobe, saying: “Trump embodies separation, solving problems with anger, fear, and personal differences. I’m all about the opposite, about being inclusive and open.”

Watch the performance below.

Additionally, Raury has announced a US tour dubbed “The Crystal Express” in support of All We Need.