Collective brings in all-star lineup with members of The Dead Weather, My Morning Jacket, and The Whigs 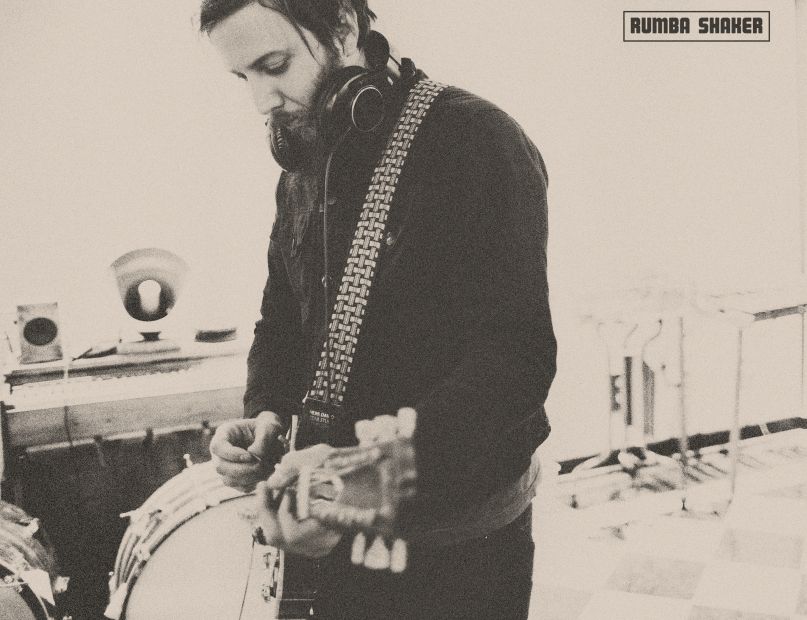 Rumba Shaker isn’t a supergroup — it’s a collective. Based out of Nashville, the club is directed by Spanish Gold’s Dante Schwebel. As the group’s only consistent member, he brings in a rotating cast of all-star talent to flesh out his material. For his latest recording session, he called upon (deep breath) City and Colour’s Dallas Green on guitar, The Dead Weather and The Raconteurs’ Jack Lawrence on bass, The Whigs’ Timothy Deaux on guitar, and Gary Clark Jr.’s drummer Johnny Radelat on sticks, with additional percussion from My Morning Jacket’s Patrick Hallahan.

Schwebel gathered the musicians, all his close friends, in the studio around Christmas time of last year. The sessions were built around camaraderie, as it was equally important to hang out as it was to make music. Now, these recordings are finally getting a release as Rumba Shaker’s self-titled debut album, out September 25th via Dine Alone Records. Ahead of its release, the collective has shared their latest single, “Ain’t Saying Nothing”.

“‘Ain’t Saying Nothing’ turned out to be a wildly fun track for us,” Schwebel tells Consequence of Sound. “I sent all the guys a playlist of vibe songs to get into character. For this one I wanted a vibe like James Brown’s ‘The Payback’. Johnny Radelat really put together a stomping beat and I messed around with a wah pedal, and everyone grabbed the guitars [and we were] rolling. We probably had it in 20 minutes.”

The energy between the players is palpable almost immediately. The funky guitar interplay between Green and Deaux is playful, bouncing off each other like polarizing ions. Everyone feels locked into the groove, with shuffling drum lines adding extra oomph to Schwebel’s vocals. The joy in their performance is contagious, making it hard not to bob along with the big choruses and fiery verses.