Adams dishes on his Smiths and Springsteen-inspired cover album 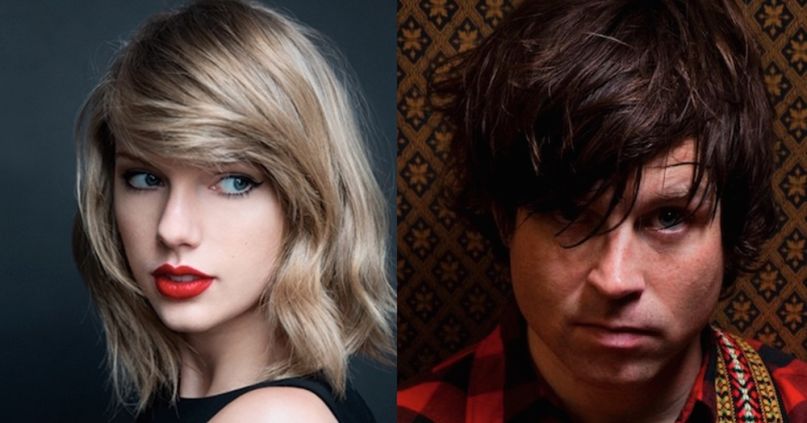 On Beats 1 this afternoon, Ryan Adams gave his first interview in support of 1989, his just-released track-for-track cover of Taylor Swift’s album of the same name. In addition to discussing how the record came to fruition, specifically how much of it was inspired by a dark emotional period in his life, Adams was joined by not-so-surprise-guest Swift herself on the broadcast.

According to Adams, the concept of taking on Swift’s 1989 materialized last year during a particularly lonely and difficult time. He noted that the songs of 1989 musically affected him in an emotional way similar to those of The Smiths. “You could kind of hear people going, ‘Is this [1989] a dance record? Is this a retro ’80s record’ But I was hearing all the emotional content here and becoming curious about it,” he explained.

His curiosity led him to purchase a 100% refurbished 4-track cassette recorder and record 1989 in what he calls the style of Bruce Springsteen’s Nebraska — filled with “acoustic guitar, a bunch of spring reverb.” Adams enlisted the help of guitarist Todd Wisenbaker, who also plays alongside Vivian Girls’ Katy Goodman in the band La Sera.

Of the 1989 cover album, Swift gushed to Zane Lowe, “The album is absolutely gorgeous and you can tell it was something well thought-out and conceptualized, not just thrown together.” She continued, “What struck me immediately is that they’re not just cover songs, they’re re-imaginings of my songs. He was in a different place emotionally than where I was when I wrote them. There’s this beautiful aching sadness in this album that doesn’t exist on the original.” Her favorites covers? It’s currently a tie between “Blank Space” and “How You Get the Girl”.

Swift has repeatedly called Adams an inspiration to her music; Adams in turn offered up his own high praises for the pop star, saying: “She is gluing rock ‘n’ roll together.” There are no confirmed plans to collaborate on a proper release in the future, but both seemed open and adamant about making it happen. “We wrote together once and it was amazing,” Swift said, recalling an early studio session. “I know his studio, his vibe.”

Toward the end of the discussion, Adams also revealed that his next album, a double LP, is already done. Dubbing it the most fragile thing” he’s ever done, he also described it thusly: “I think it will replace Love Is Hell for a deep fan as…like, this is the stuff.”

And stream the entirety of Adams’ beautiful, devastating 1989 cover album.